..... and eventually I, and my not quite so happy band of
fellow pilgrims, arrived at the bus depot.
I noticed several of them made a bee line - or should
I have said an ant line - for the nearest chemist which just
happened to be over the road.
Calomine lotion is good for ant bites I'm told.
The library was my first port of call because my books weighed a ton
and I was in danger of one arm becoming longer than the other
if I lugged them round for too long. 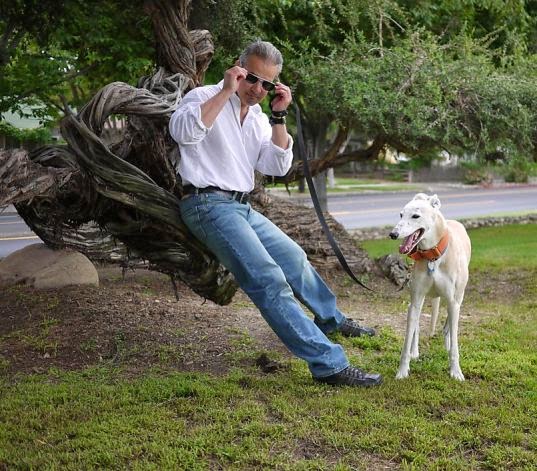 Coming out of the library I bumped into a man walking a greyhound.
No Alice dear, it wasn't George Clooney he's much too
busy these days.  So I stopped for a little cuddle much to his
astonishment and then I gave his dog a quick stroke too. 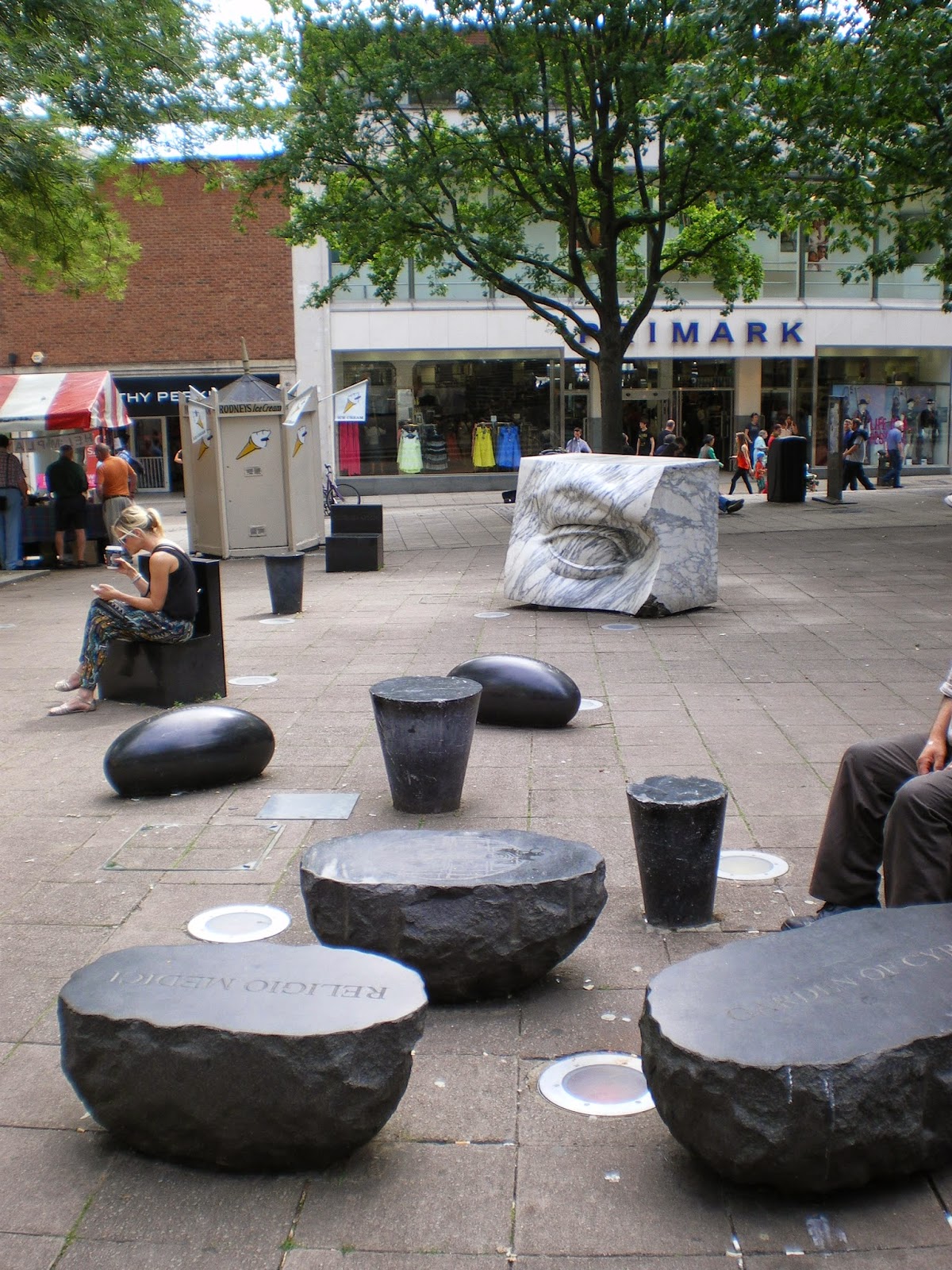 The unexpected sunshine had brought out all the buskers in
force and I sat on one of these curious stone things whilst I had
a listen and got my breath back.  Once bitten, twice shy so
I did a quick ant check first.  A girl can't be too careful
where her frilly bits are concerned. 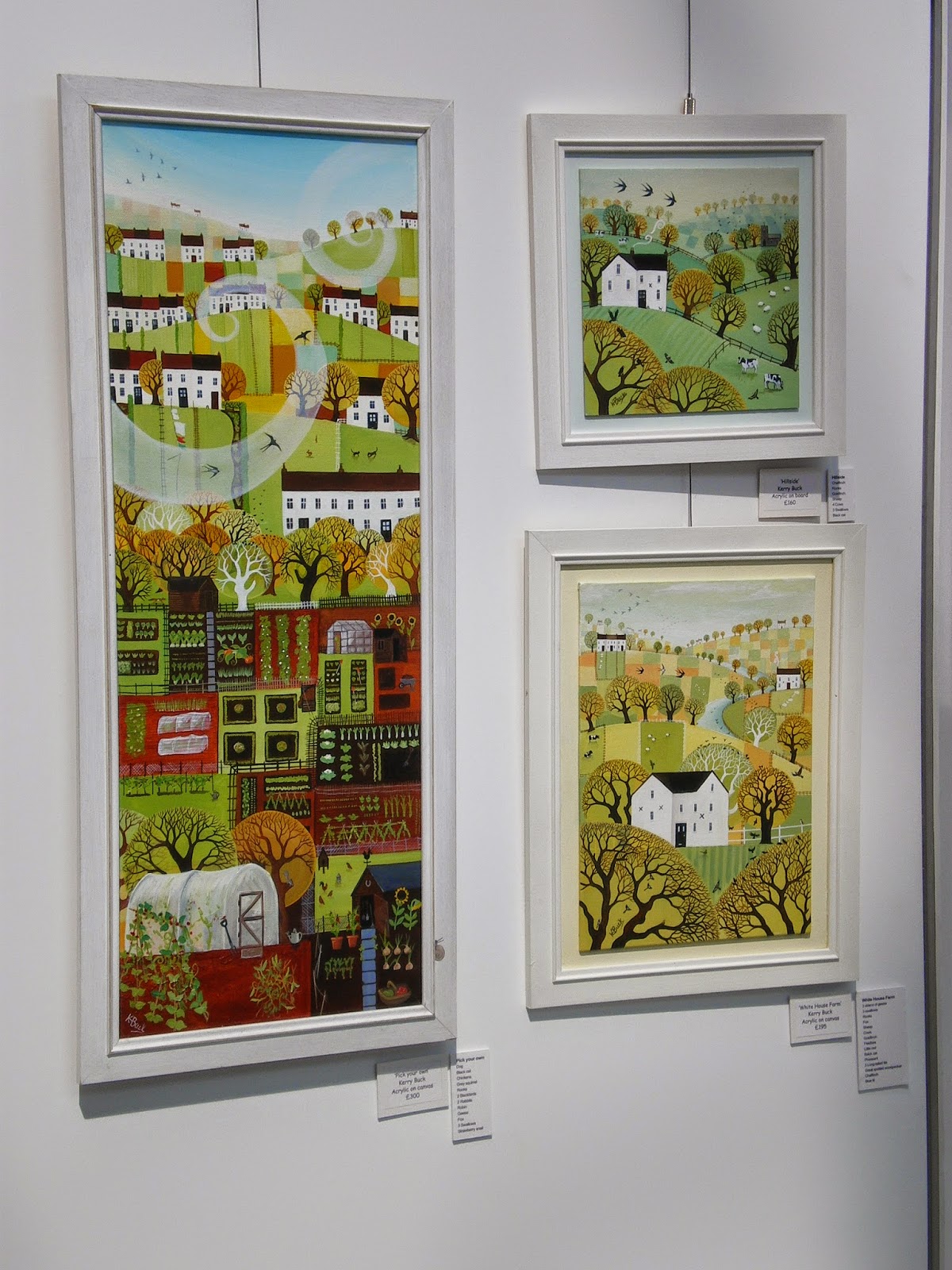 As luck would have it there was a free exhibition of local artist's
work on in the Assembly Rooms so I nipped in to black my nose
and certainly wasn't disappointed.  These cottages would look
good in a sampler. 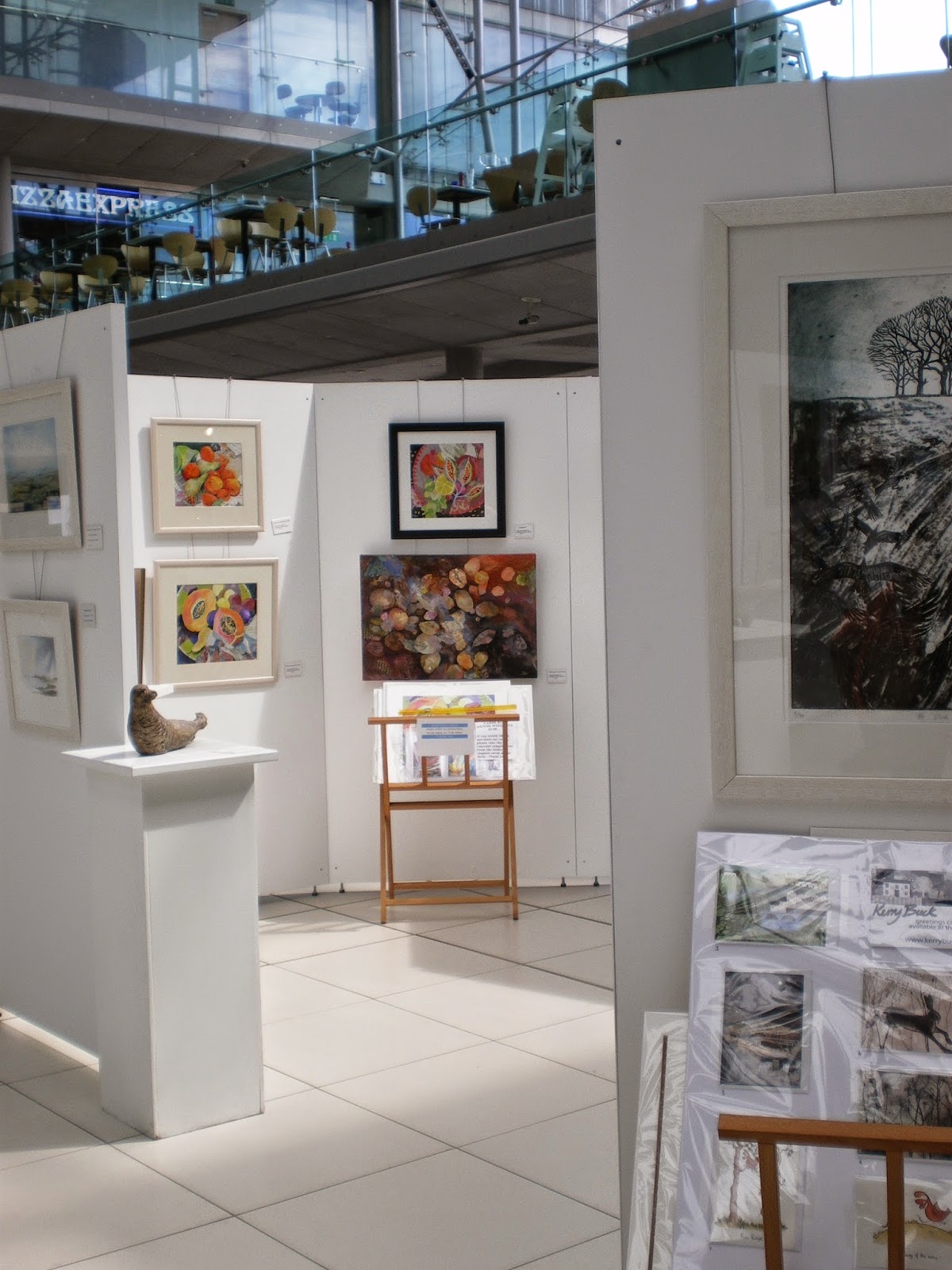 I had only managed to take a couple of quick snaps with my
trusty Pentax when round the corner in the picture above came
a very officious geezer who asked me to leave.
When I asked why he said it was in case I was taking
images that I would later reproduce commercially.
My reply, much like the aforementioned images, was
certainly not to be repeated commercially or anywhere
else for that matter as it was a little rude.
Hey, ho.  Time to go home.
Fortunately the ants, much like Elvis, had already left the bus.
Posted by Long Dog Samplers at 00:59