..... may break my bones
But words will never hurt me!

You may have gathered by now that I like words.
especially ones that can be used for cussing.
Damn and blast being my favourites
although my repertoire is extensive, diverse
and very colourful on occasion.

I was sitting idly minding my own business the other day
when I got to wondering about the origins of
some of my grannie's trusty oaths.
After all, you shouldn't really call a person something
that you can't spell or don't know the meaning of.
This could leave a girl looking extremely foolish indeed
if she got it wrong. 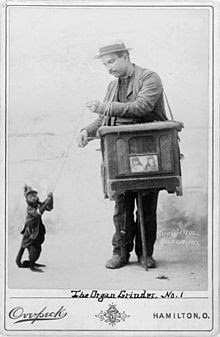 Always speak to the organ grinder!
He looks a bit like Jarvis come to think of it.
Where to start - old Ada had a putdown for every occasion.
She used to refer to Jarvis Trencher (a former swain,
although swine would have done equally as well) as a
"jackanapes" because he was unimportant and very cheeky.
It came originally from the 15th century when monkeys
imported from Italy as pets were called Jack of Naples. 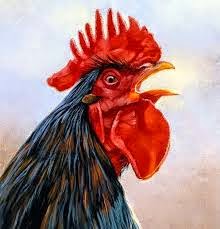 My search engine came up with all sorts
for this one.  My face was nearly as red as his.

Cockscomb - now there's a good one, although never
be tempted to use just the first four letters on their own as
we don't want you going off "half cock" now do we?
Trouble lies in that direction. 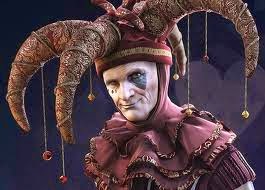 The explanation is quite simple and a bit boring really
but I chose the word to add a dash of rudeness to
my writing.  Bad girl Julia, to the naughty step at once.
It means a jester's cap which was shaped like a
cockerel's comb - hence a silly person who crows a lot.
Often accompanied by "strutting" for greater emphasis.

And how about we round this off with arrogant popinjay?
An old-fashioned word for parrot.
It's what she used to call Mick Jagger in his first
flush of youth.  How times have changed -
now it's youth that seems to give him a flush. 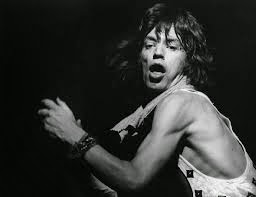 Anyone else remember the old Marquee Club?
Shame on you Camilla, I did too!

Now get thee gone from my waking thoughts old biddy
(my urban slang dictionary says a biddy in the land
of Oz is a two for one McDonald's voucher -
they'll be giving them away next.  Blaggards!)

And you lot can sling your hooks too as
I have emails to answer and insults to toss.
They mix very well with a few bits of rocket
and a nice herby dressing if you're of a culinary bent.