Quiet in the studio!

Are there any film fans out there?
If you're not then step away now as this
will not be of the slightest interest to you.
But for anyone left still paying attention,
who is drawn by the lure of the silver screen
- this is for you! 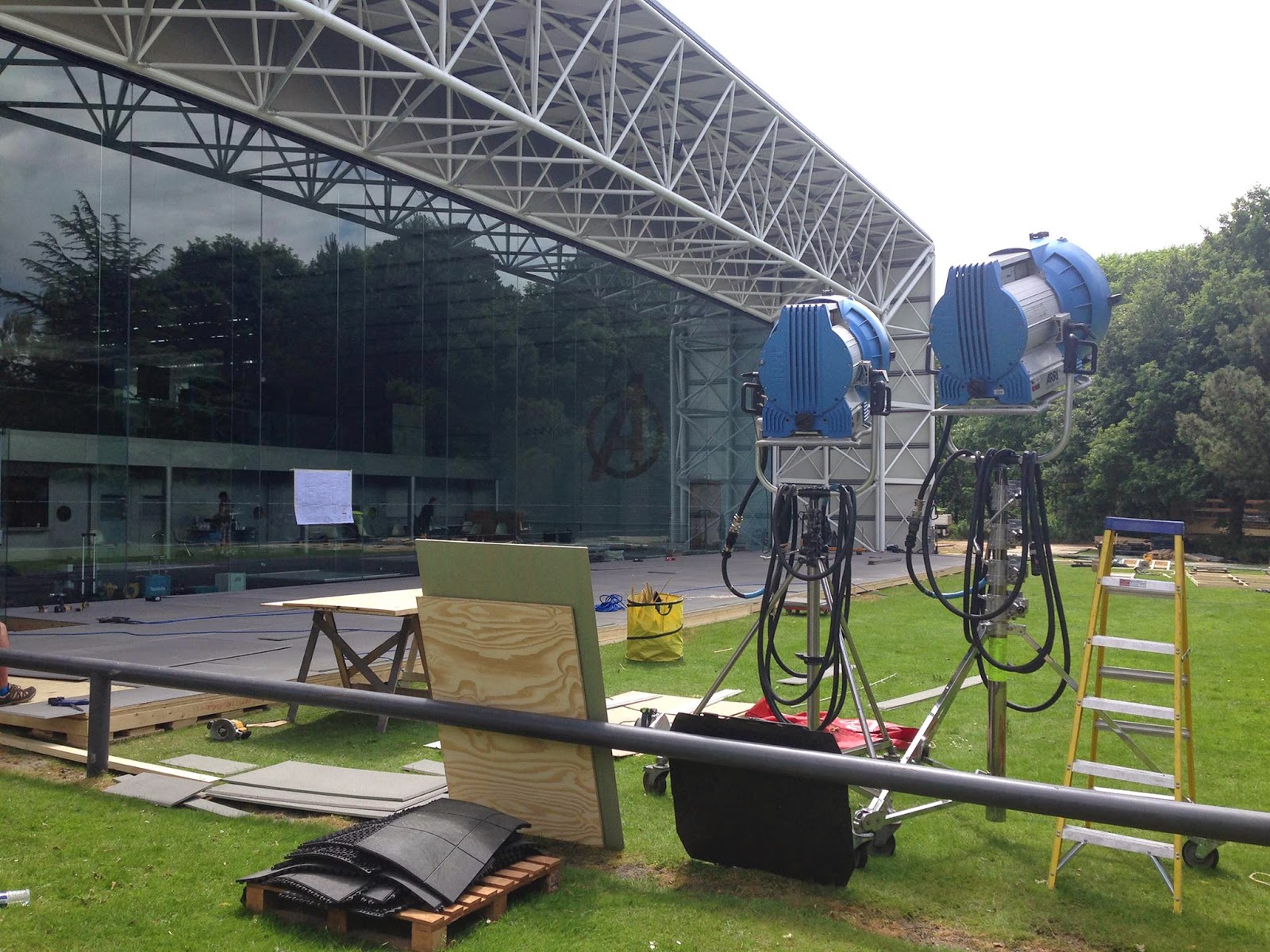 Norwich has become the venue of choice for the filming of
not one but two major new Hollywood productions this week.
Over at the campus of the UEA (University of East Anglia)
at the Sainsbury's Centre for Visual Arts good old
Marvel Studios are getting stuck into Avengers: Age of Ultron.
It stars Robert Downey Jr, Scarlett Johansson and
Samuel L Jackson.  I have to confess that I've never heard
of any of them (didn't even know Robert's father
old Downey Senior) but there again I don't expect any of them
have ever heard of Julia E Line or Long Dog Samplers either
which makes us about even I would say. 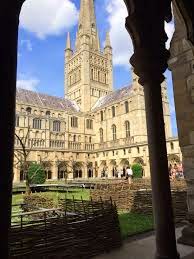 Meanwhile over at the Cathedral the cloister is being transported back
to the 17th century for Tulip Fever based on a novel by
Deborah Moggach who also wrote The Best Exotic
Marigold Hotel.  It's a romance set in Amsterdam (much like
Norwich but with canals and legal dope) about an artist
who falls in love with the married lady he is painting.
There's something rather attractive about a man in a smock
with a badger bristle brush in his hand don't you think? 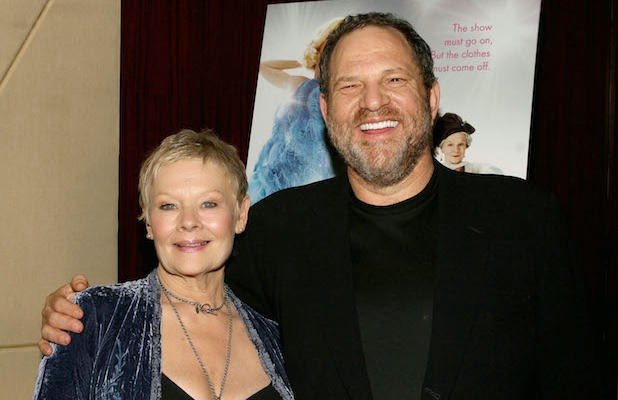 So good old Dame Judi Dench is in town for this one along with
co-star Christoph Waltz (above) and Holliday Grainger.
Judi plays the Abbess of St Ursula's.
Let's hope the wimple makes a comeback, they can look
rather fetching on women of a certain age.
Wonder if they've got a walk on part for me?
With a cushion up my jumper I could be a pregnant pause. 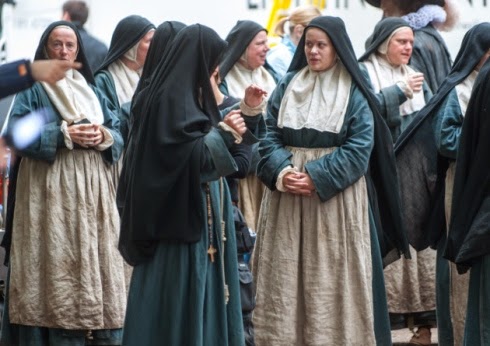