You hum it, we'll stitch it.

"Flowers, plants and fishes, beasts, birds, flies, and bees,
Hills, dales, plains, pastures, skies, seas, rivers, trees,
There's nothing near at hand or farthest sought
But with the needle may be shaped and wrought."
John Taylor, 1634 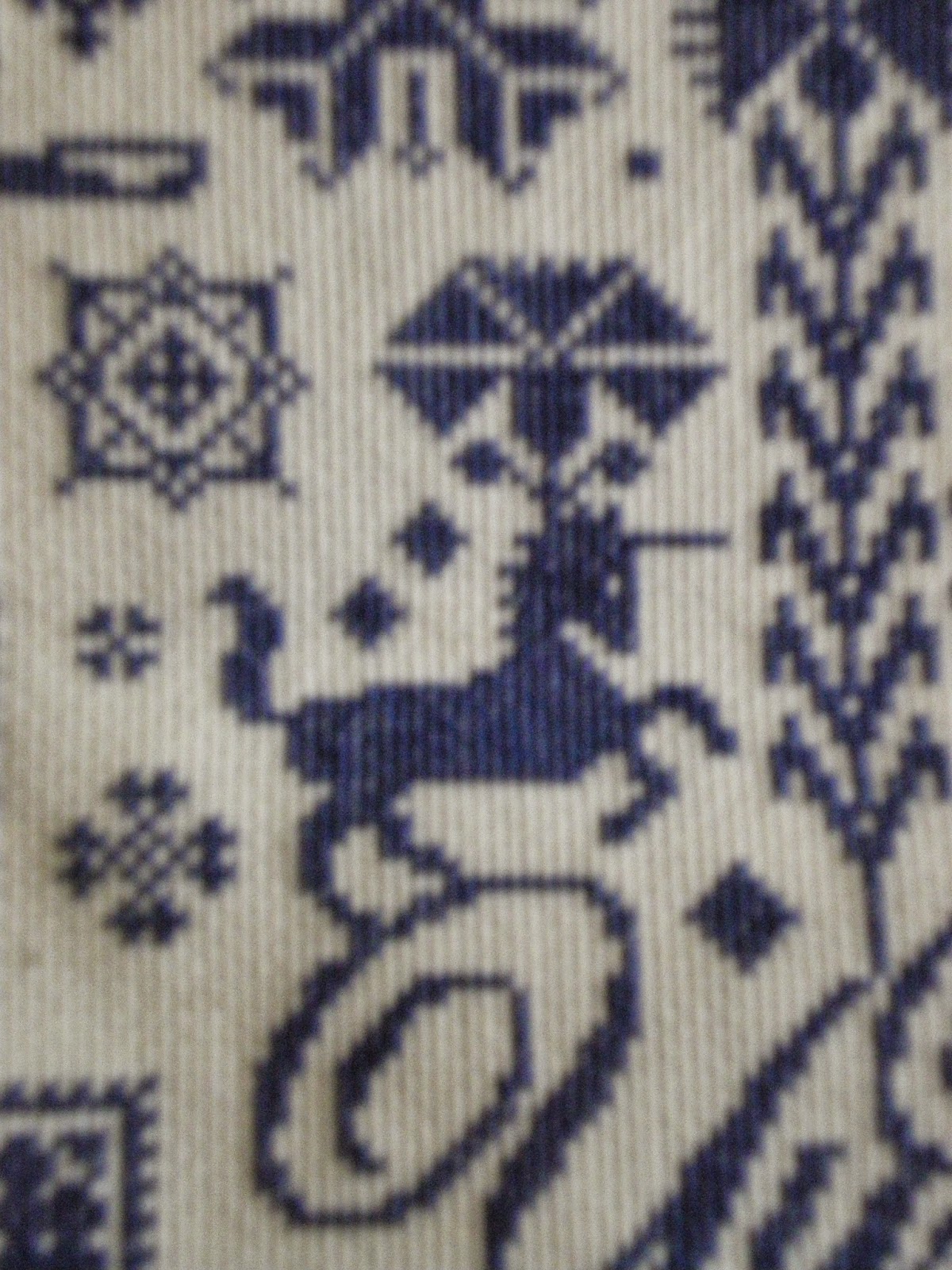 Is that a unicorn in your sampler or are you just pleased to see me?

Well I shoud hope so, because today's topic is
the wonderful, the magical, the mythical
UNICORN
a motif which appears time and again
in samplers both ancient and modern. 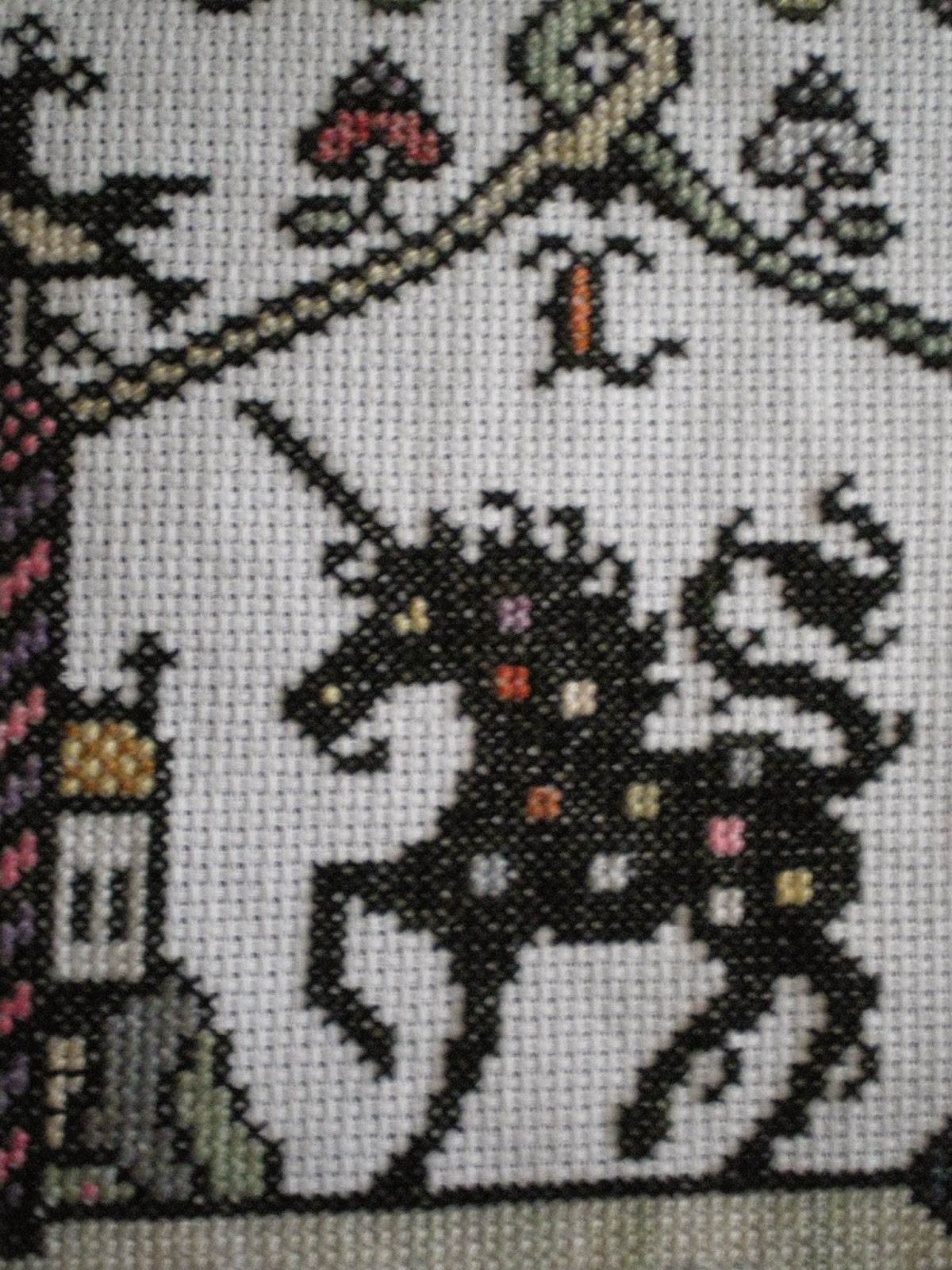 Basically they represent chastity and can only be seen by
the pure in heart.  Don't squint Deborah.
They can only be captured by a virgin which explains
the scarecity of unicorns in captivity in my part of the
world and they are also a symbol of the moon,
silvery, crescent or gibbous it makes no odds. 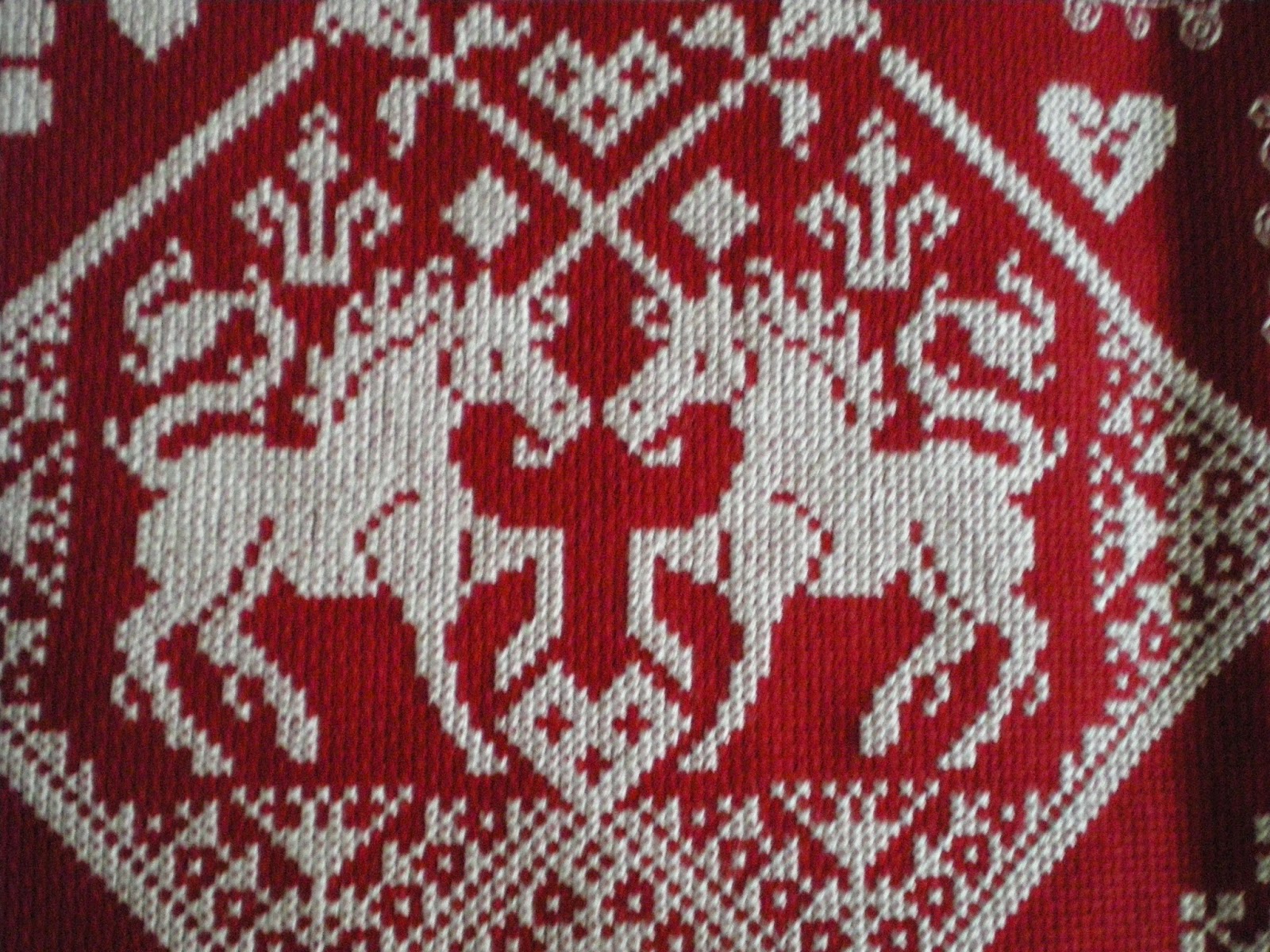 Sometimes they provide a vital clue when trying to determine
the country of origin of an old sampler.  Unicorns often
appear on Scottish pieces as they are the two heraldic bearers
which flank the Royal Coat of Arms. 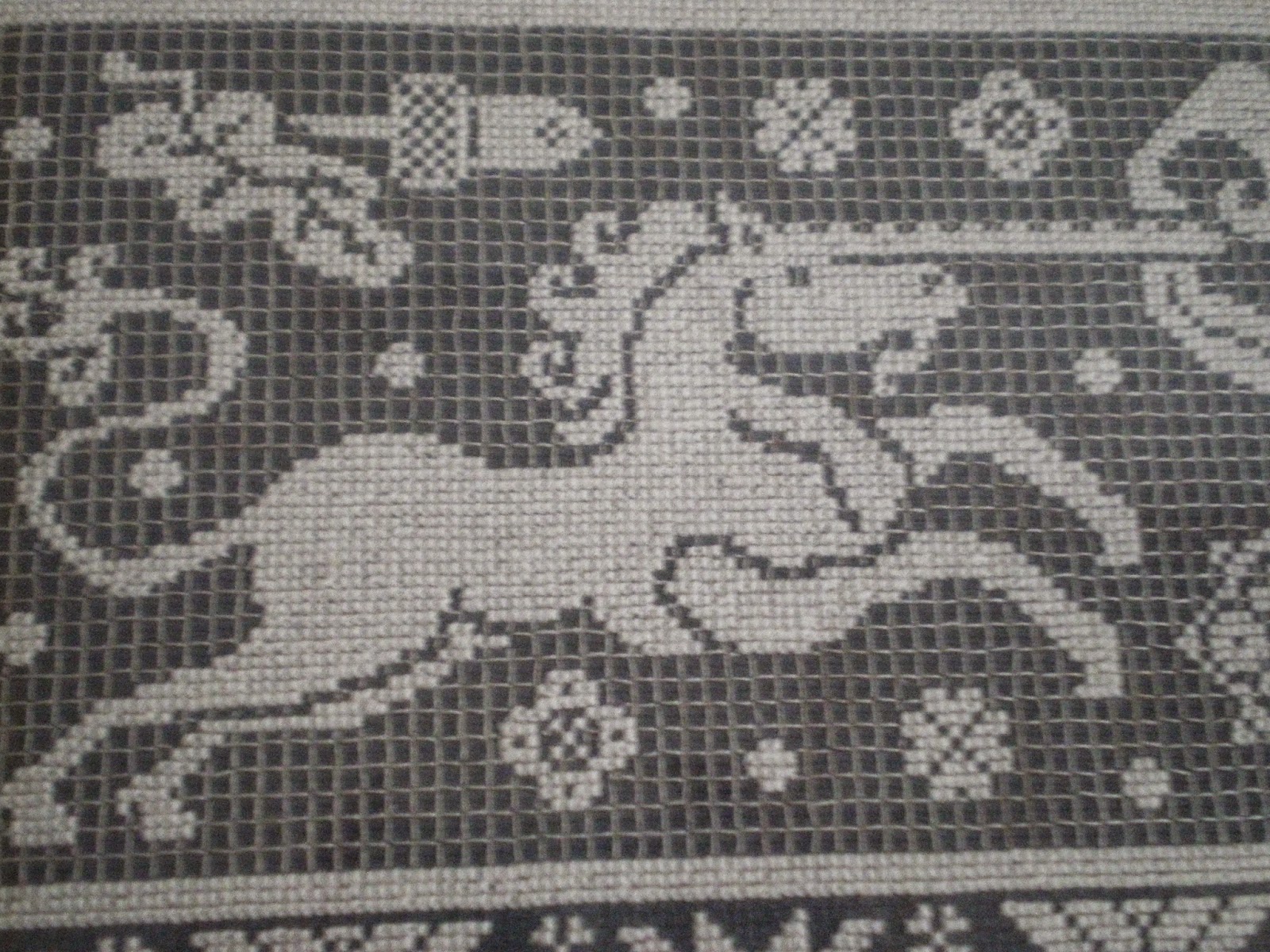 The horn itself was believed to have magical properties
and back in the days before television people believed
that the unicorn could purify water simply by making the sign
of the cross with said appendage. 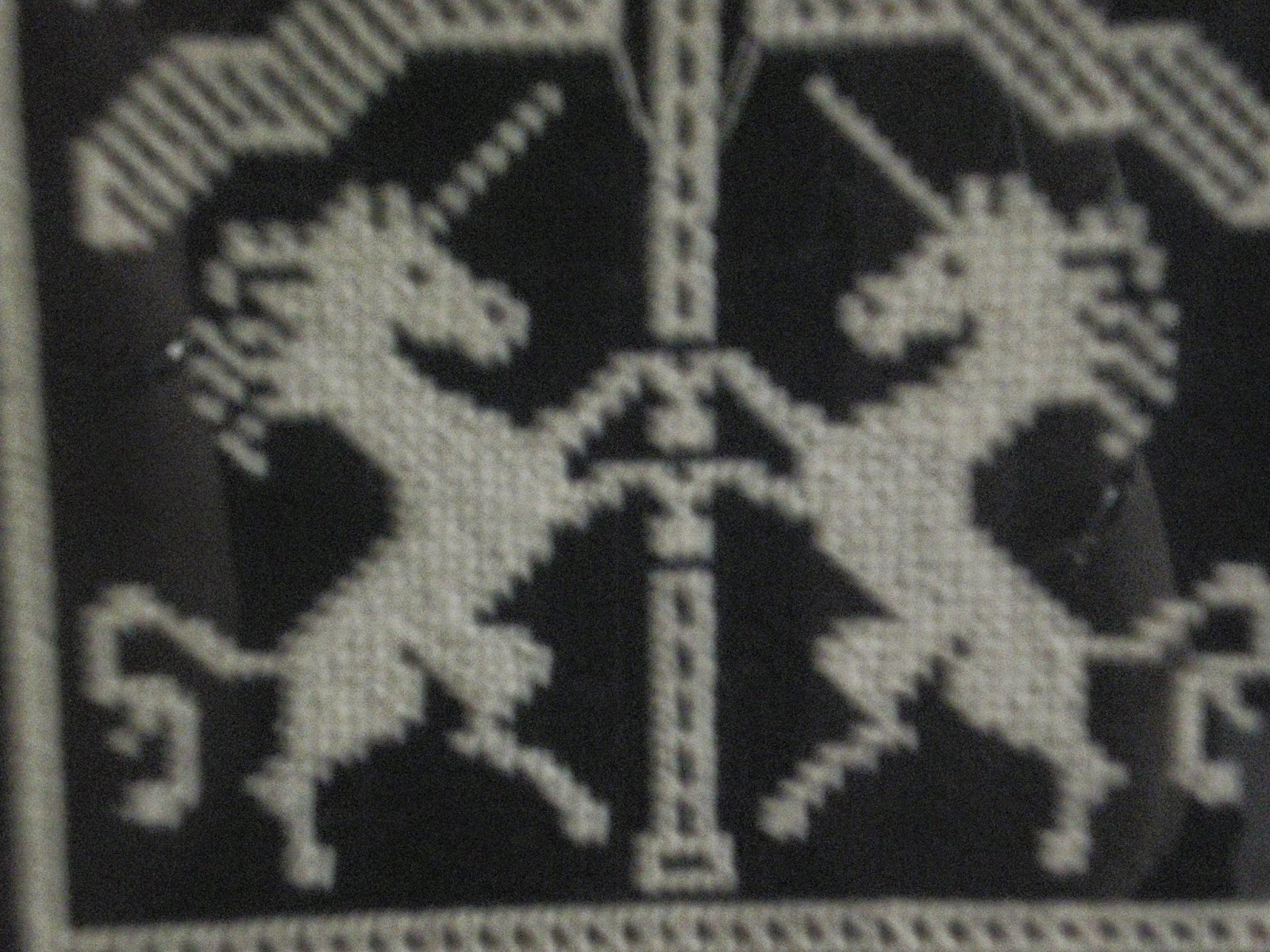 "Dreams are the playground of unicorns" 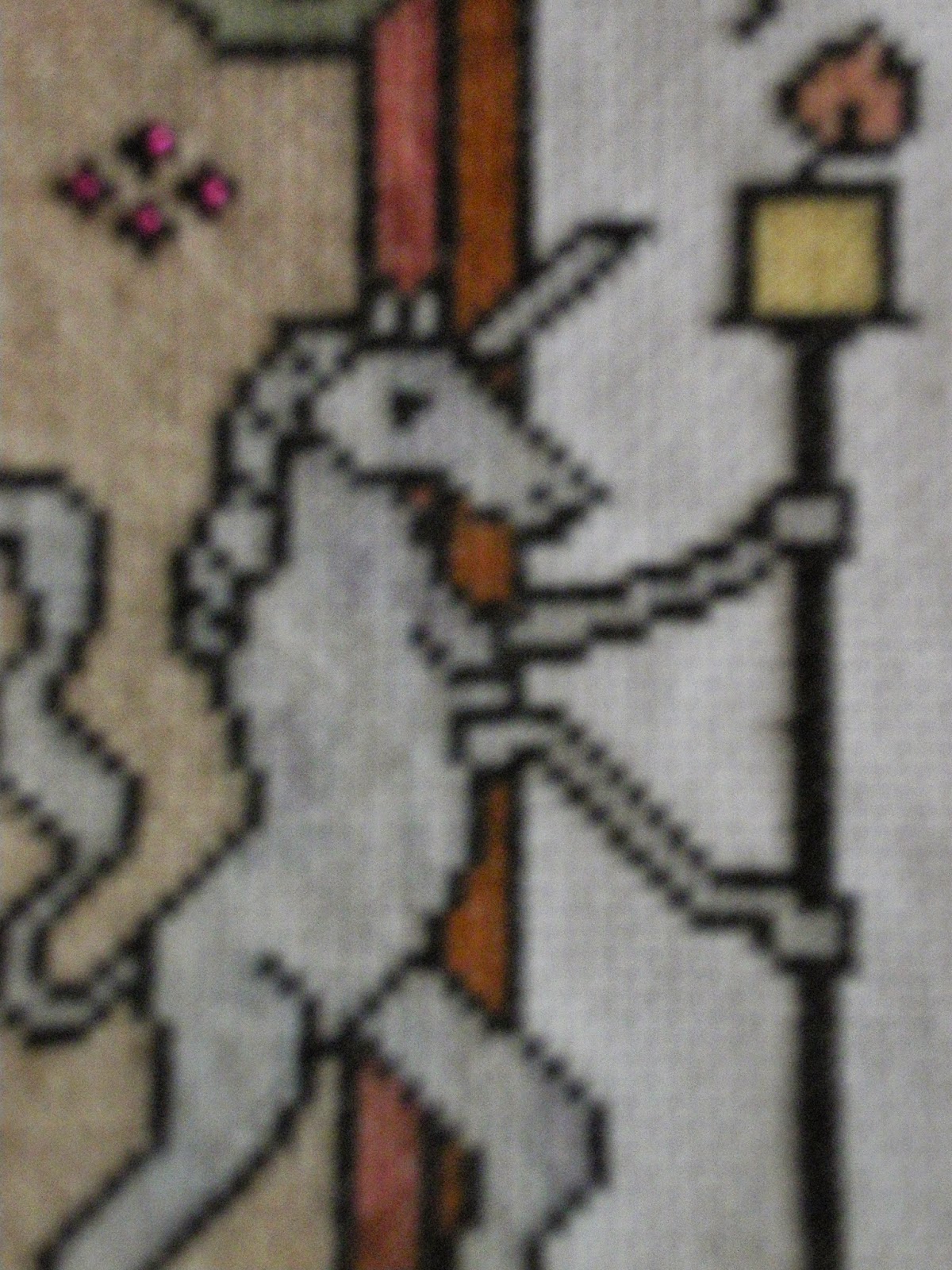 I found myself at one point on a VERY dodgey site whilst
looking for little snippets for this post and would strongly counsel
you all to steer clear should you come across it.
The name is Unicorn Dating and claims to be the home of
hand embroidered, subsersive cross stitch samplers.
Take it from me - it is, and they are! 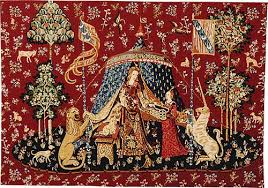 Let's end on a much lighter note with a mention of the
beautiful series of tapestries featuring unicorns called
the Dame a la Licorne.  They can be found in the Musee de Cluny
in Paris along with some other very fine needlework.
The series depicts the five senses and then finally love,
wonderfully entitled "A mon seul desir."
I have seen these for myself, they are utterly beautiful.
Apologies for the dodgey photography throughout.
It was David Bailey's day off.
Posted by Long Dog Samplers at 01:14