Make yourself a quick cuppa, grab a chockie biscuit and I'll explain.  I had just hit the "send" button on a long and rambling email extolling the virtues of a bucolic life when I heard an unfamiliar sound coming from the living room.  A sort of soft plop onto metal if that's not a contradiction in terms.
To my horror, and Geordie's I might add, the room steadily began to fill with irate bees.  First in their dozens, then in their scores and finally in their hundreds!  Shit and death, I thought.  It's an old French expression often used in such circumstances and means - shit and death!  They were falling down the chimney behind the woodburner and rapidly filling the room. 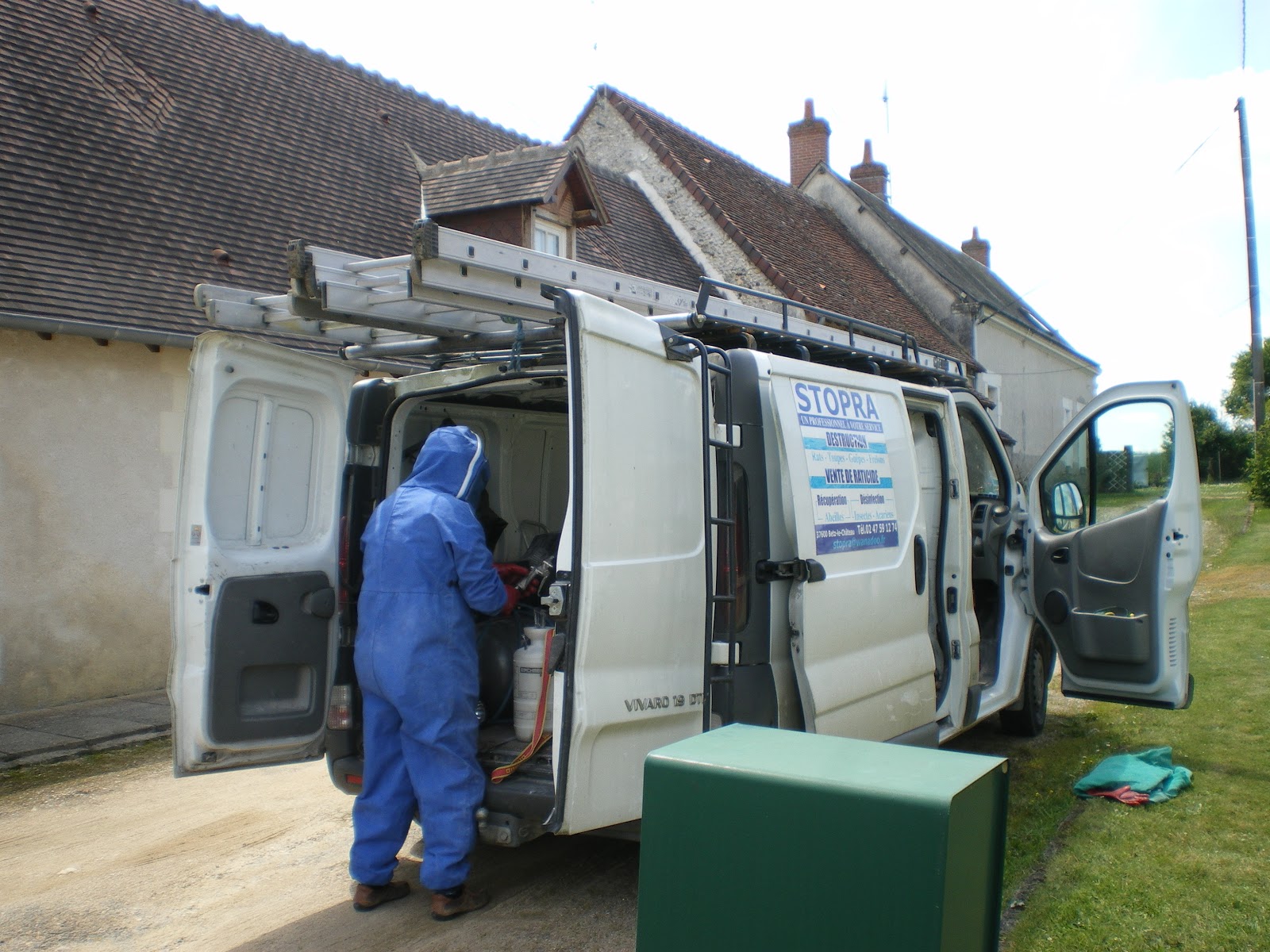 Without hesitation I grabbed my mobile (the land line's on the blink again but that's yet another story) and quickly called those two lovable super heroes - the Ratcatcher and his wife.  I think business must be slack because within seconds they arrived and set to.  Biohazard suits were the dress code for the day with integral respirators and rubber gloves taped onto the ends of the sleeves for good measure. 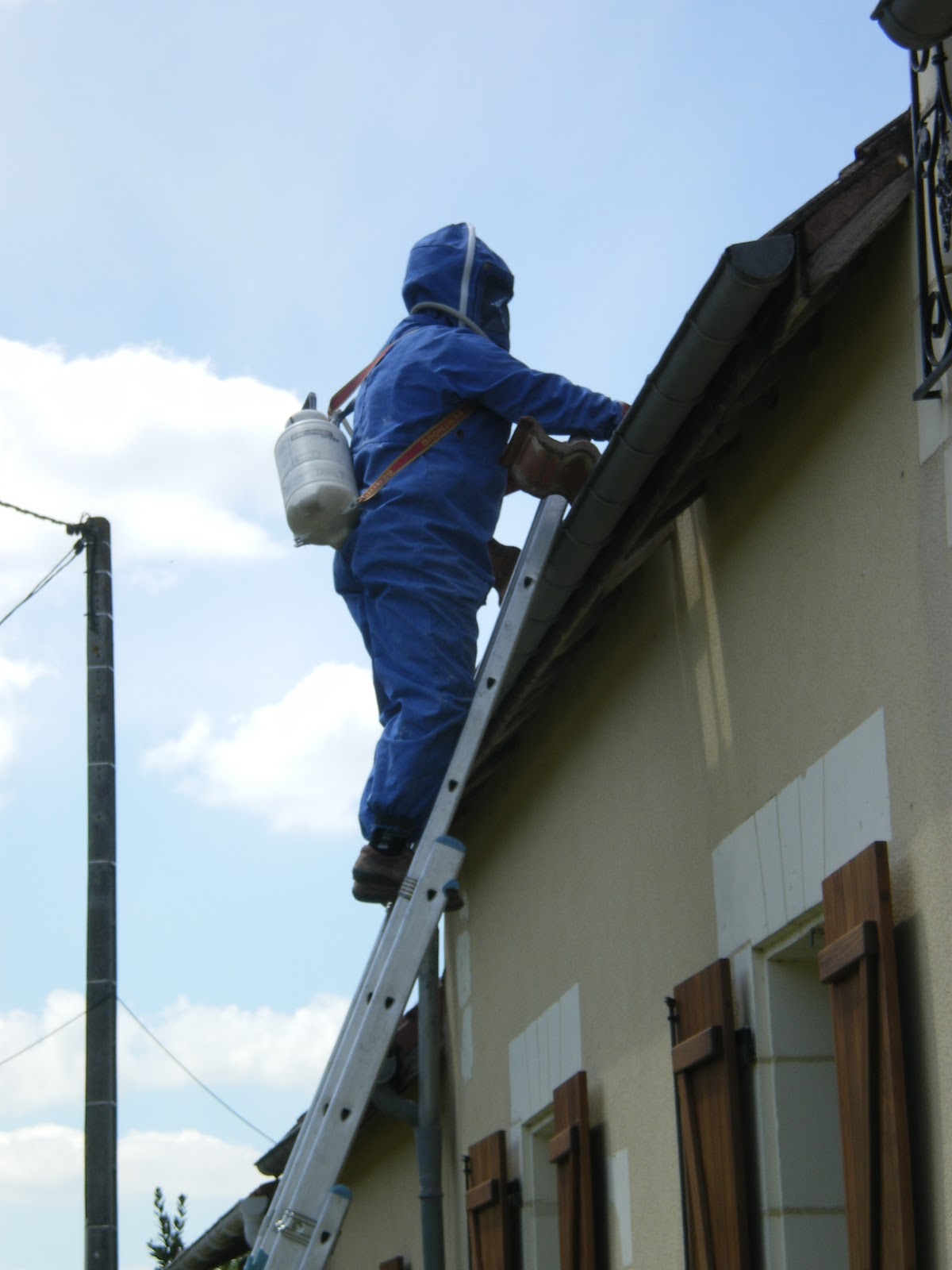 What my hero had failed to grasp, as he lobbed a cyanide bomb into the woodburner as his first line of attach at ground level, was that there are air vents leading off the chimney which filter into my office adjacent and up into the grenier above.  Within seconds the throng of bees was replaced by a deadly cloud of gas which sent us all reeling out into the garden, dogs and all, with his wife leading the way at an Olypmic-qualifying speed.

We regrouped under the walnut tree to talk tactics.  It was decided that an ascent of the north face of the Chateau would be the most efficacious move and so we broke out the seige engines and sallied forth.  This manoeuvre involved the lifting of several heavy, concrete roof tiles showering us onlookers below with large lumps of cement.  I don't even want to think why that was up there  as I'm sure the answer will be expensive 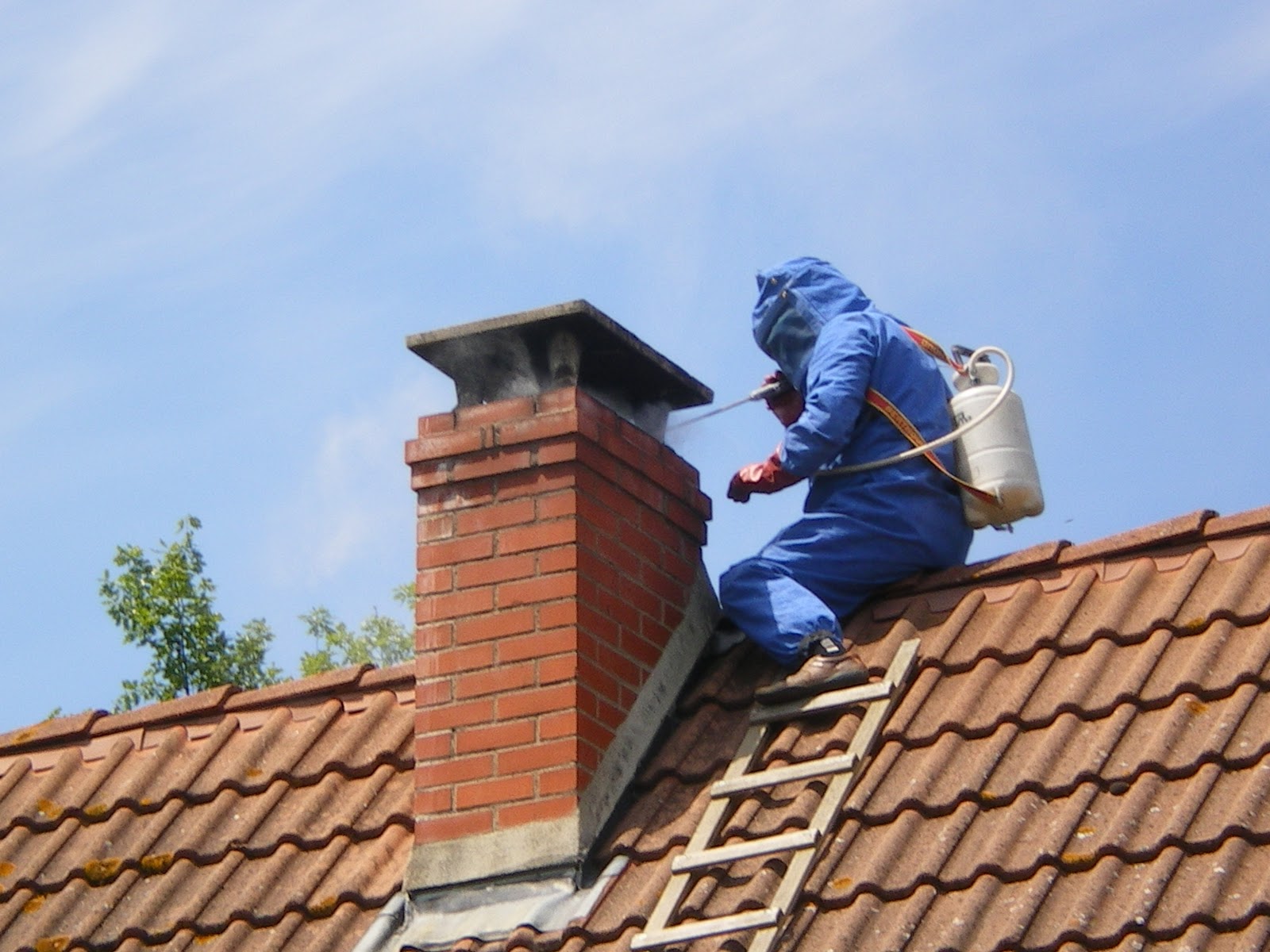 Copious amounts of more deadly chemicals were then pumped down the chimney and once the demon duo were satisfied there was nothing left breathing within a one hundred yard radius of the house they left after quickly relieving me of yet another hefty cheque made out in their favour.  It's becoming something of a habitof late I fear. 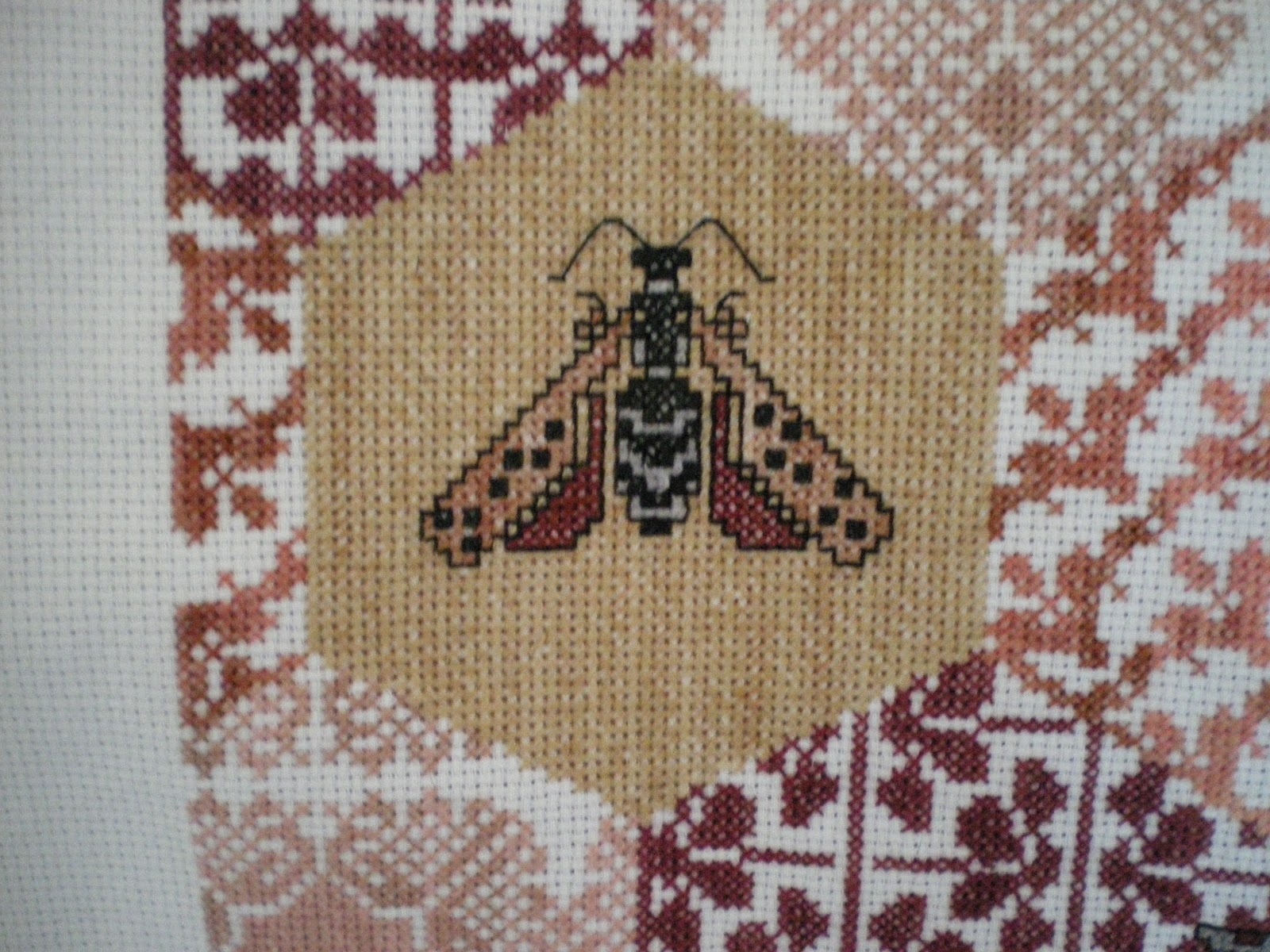 I've swept up the stiffs, I've flung open all the windows and I've finished both my cup of tea and my story.  I think I'm about to be sick again because that stuff really turns you up and my headache is developing nicely - I'm waiting for the flashing lights!  So please do excuse me if I dash off and I don't think I shall be able to bring myself to put in another stitch on this bee motif for a while until the nightmares subside and life returns to what passes for "normal" here at the Chateau.  Now "buzz" off all of you because I hate to be heard shouting Europe in public.