.... is the trans-continental express to Bightey stopping at the motorway service station just outside Rouen and the shuttle terminus at Calais before a quick dash through the Channel Tunnel to Dover never to be seen again with any luck!  A Pullman service is available for Lilliputians and the vertically challenged only.

Happiness is a rail free garden.  Happiness can also be found in a bright, cheerful, replastered kitchen even on the wettest of days.  I do believe that I'm starting to make progress at last. 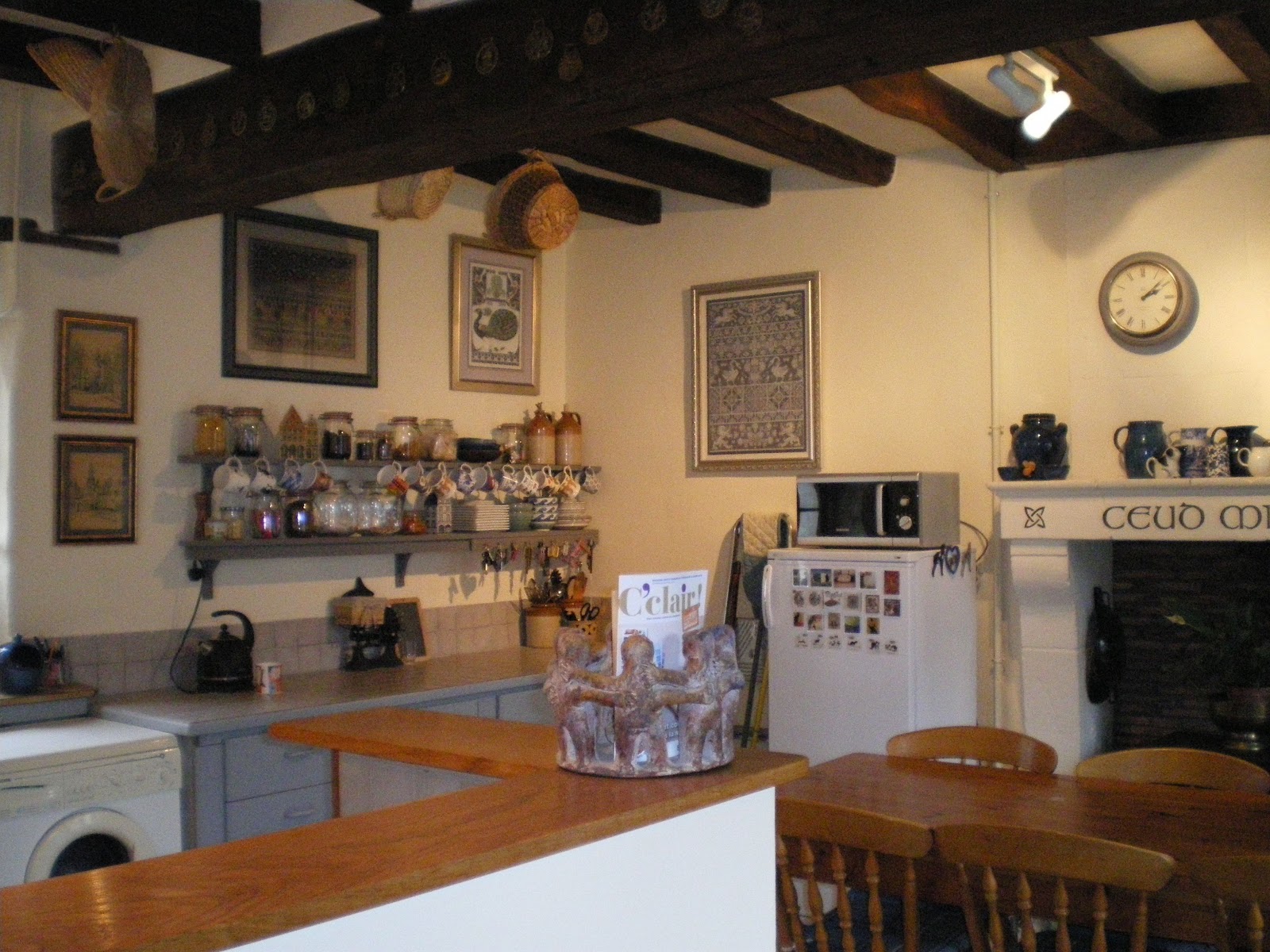 There, that's better, but alas no more fry-up's for a while just until the newness wears off.  The words across the fireplace are Gaelic "Ceud mile failte" which roughly translated means "One hundred thousand welcomes".  I had back ache for a week after painting them as the mantle piece is at an awquard height for a Liliputian stenciller like me. 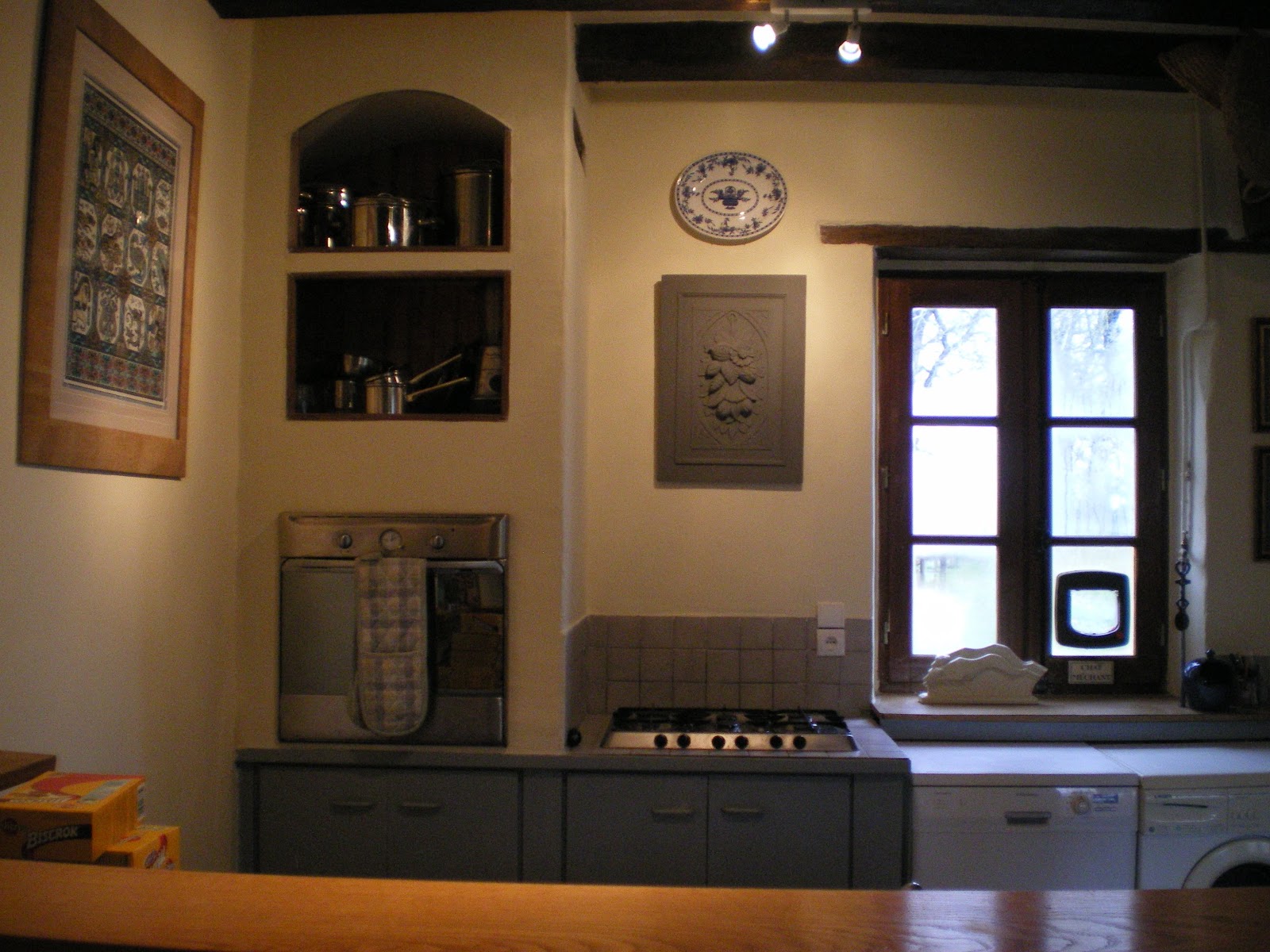 I do have a sink and draining board Alice but they're hidden behind the pine bar in the front of this picture.  There's even a catflap in the window but look what would be waiting for any poor unsuspecting moggie that poked it's head through this one. 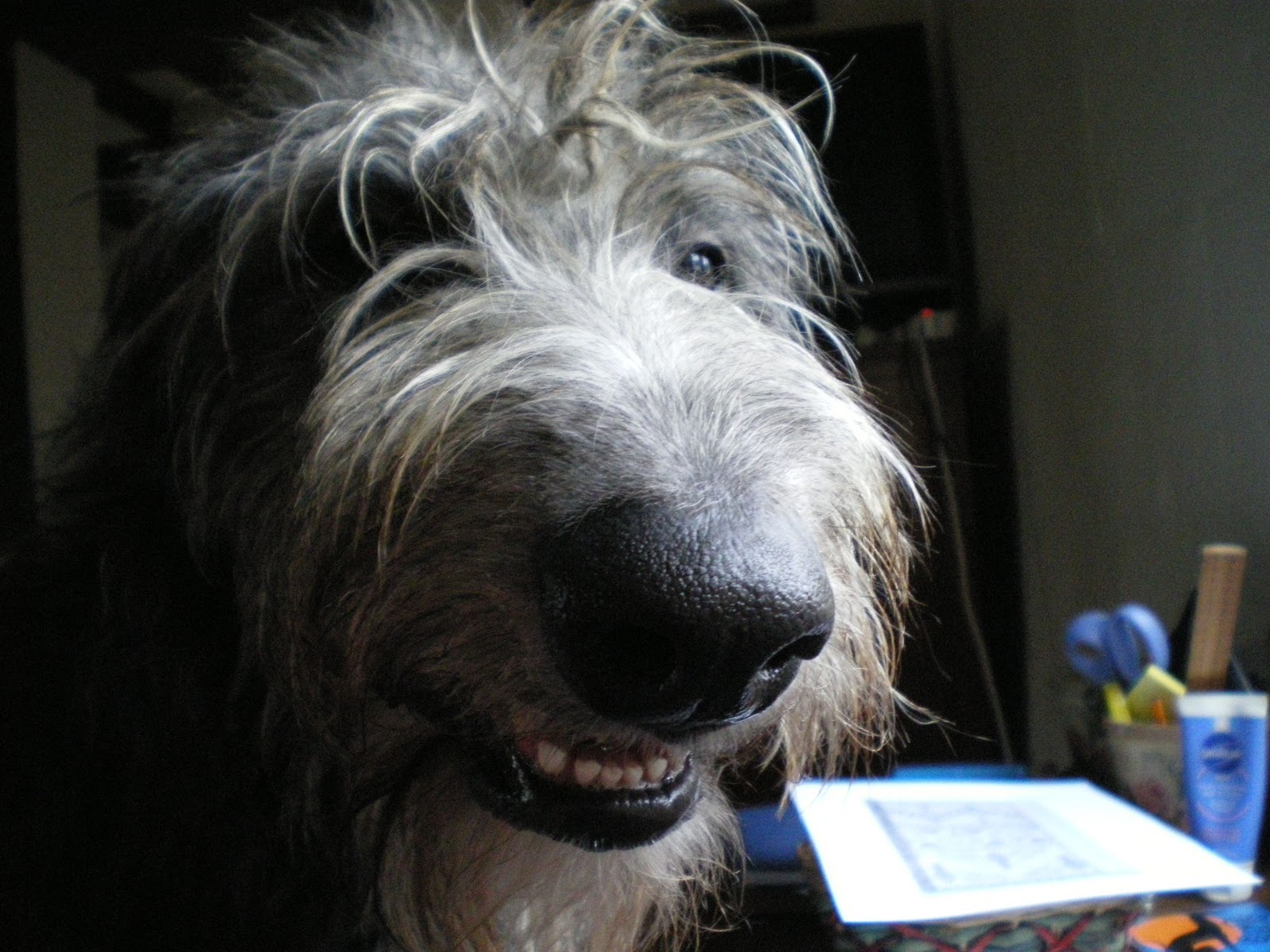 Geordie the jolly cat mangler and his fine white teeth!  He's got a tatty bit of fur just between his eyes which he refuses point blank to let me get a comb to.  I shall just have to wait till he finally drops off,  then pounce on him with my trusty scissors and surgically remove the tempting tangle.  Eh Deb?

Not long to go now 'till the new designs hit the shops accompanied by the usual street riots, water cannons and a heavy police presence outside all LNS's to ensure customer safety at all times.  Nintendo has got nothing on Long Dog once we get launching.

Hands up who's even got the remotest idea what they will look like yet.  I thought not!  That's quite enough teasing for a Sunday afternoon and I need a bit of "me" time after such a busy week so I think I shall cut myself a slice of the rather excellent lemon drizzle cake I made this morning, brew up a nice mug of tea and see what mindblowingly boring repeats are on the television for a change whilst I wait to see what the next spanner life throws in my wheels will be.  Look away now, I'm going to dunk!