....is where you find us here at the Chateau just now.  Not in a depressed sort of a way but more the calm before the storn.  We have a VIP expected next week whose identity must remain secret at all costs for fear of international repercussions and hoards of paparazzi camped on the front lawn again and Geordie and Mouche are currently undergoing a refresher course in guard dog procedures! 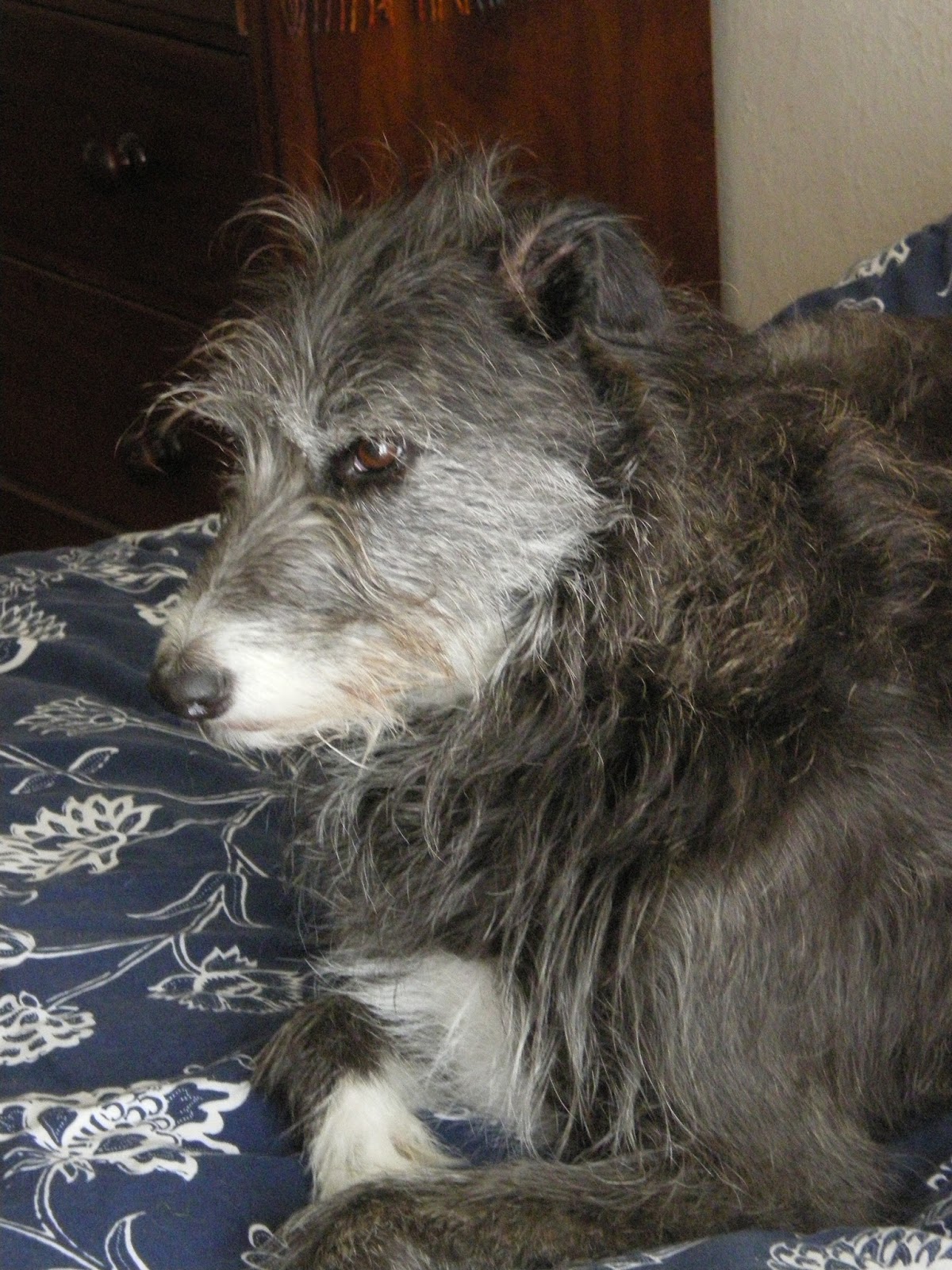 It's still much too early to start flying about the place in titivation mode and I shan't need to set about killing the fatted Camembert for at least a couple more days yet but what I can do, however, is share with you a little insight into the life of Monsieur et Madam Ratcatcher - you name it, they will exterminate it!  Yes, that's the ones.

It's a homely, comforting tale of everyday country folk.  Right Alice, a bit like the Archers - anyone other than Brits and ex-pats will not have the foggiest about that last remark for which I make no apologies - Google it!  They are a devoted couple, which is just as well working as they do with deadly pesticides. 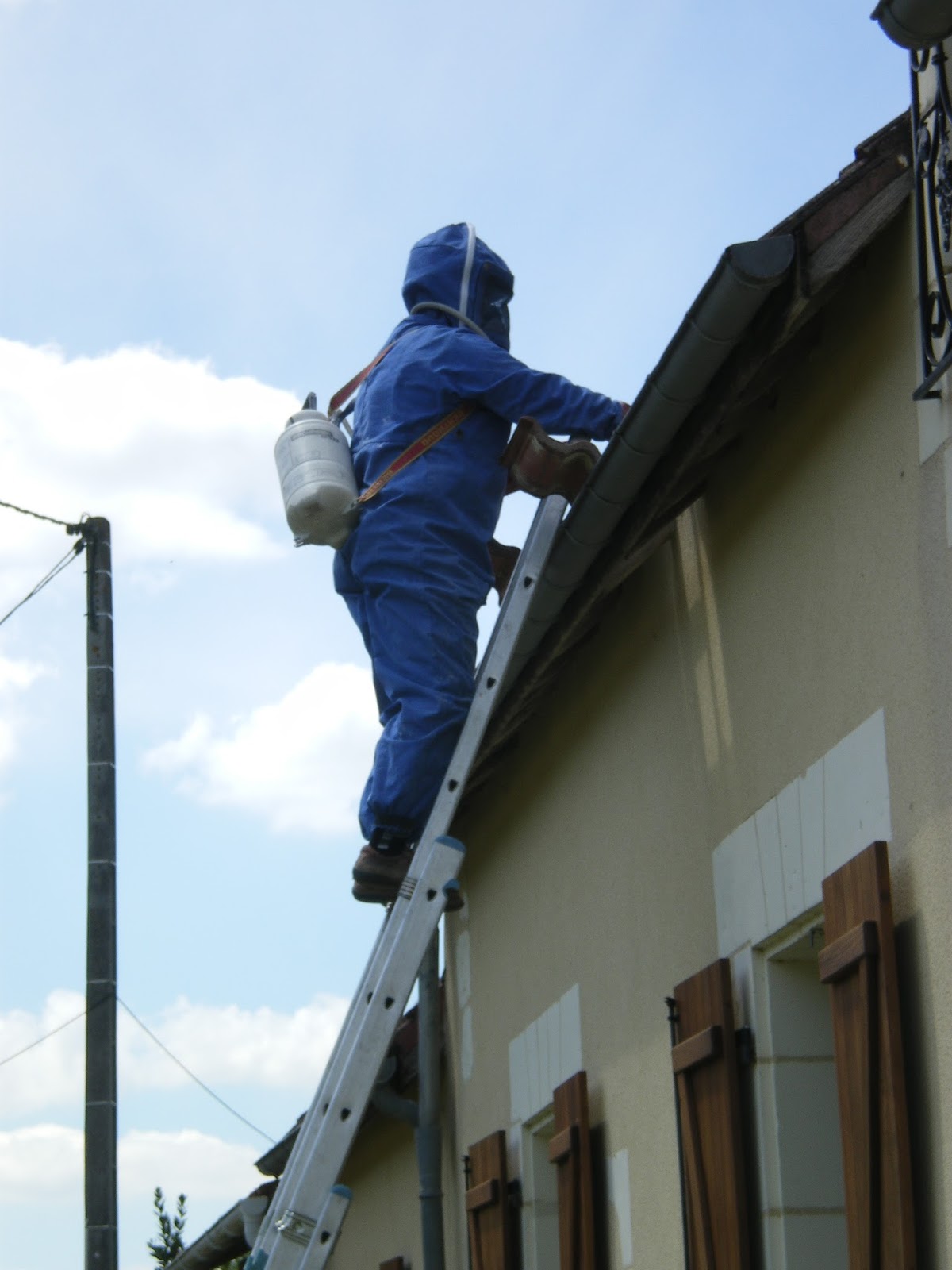 As he prepares himself mentally (well, let's just say he closes his eyes) to do battle with the varmints, she eases her beloved and his stomach gently into his combat suit.  This looks very home made to me and consists of a thick blue boiler suit with a pair of heavy-duty rubber gloves stitched on to the cuffs and elastic straps which fit over his boots.  The whole ensemble is topped off with what can only be described as a hard hat with bee keeper's veil and very fetching he looks in it too.  Once she has zipped everything together there is no going back at this point!  Roll the drums. It's time to mount the roof, but only in a professional, non-sexual way you must understand.

Once the ladders have been hauled off the van and strapped into place on the guttering (a task undertaken by Mrs R as he's still finishing his meditations) the scene is set, the die is cast and we're ready to go.  He starts his slow climb to the roof with a huge canister strapped to his back and Mrs R three rungs behind him for extra ballast. 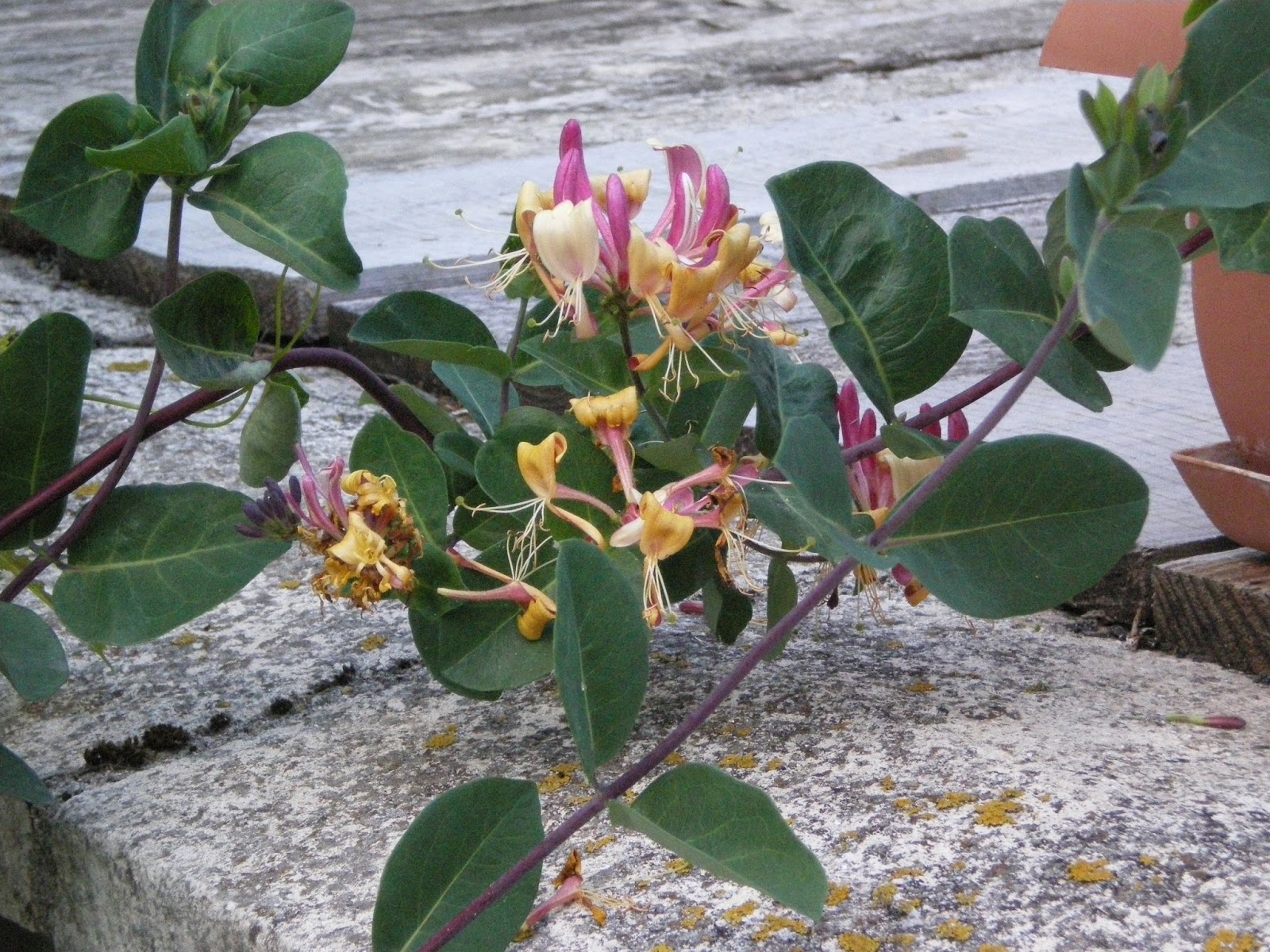 Frenchmen on roofs after an exceeding good lunch is not a spectacle for the faint-hearted but with my heart beating wildly I watched him climb, scattering roof tiles in his wake and mentally totting up the damage.  Once astride (yes Camilla - astride) the ridge he settled down to pumping wave after wave of white death dust into the afflicted chimney with a halo of angry hornets dancing around his head as he did so.  Mission was finally accomplished when he had dispensed sufficient toxins to kill the resident population of a small town and he descended to be disrobed and wiped down with a damp flannel in most of his important little places.  Really - I kid you not! 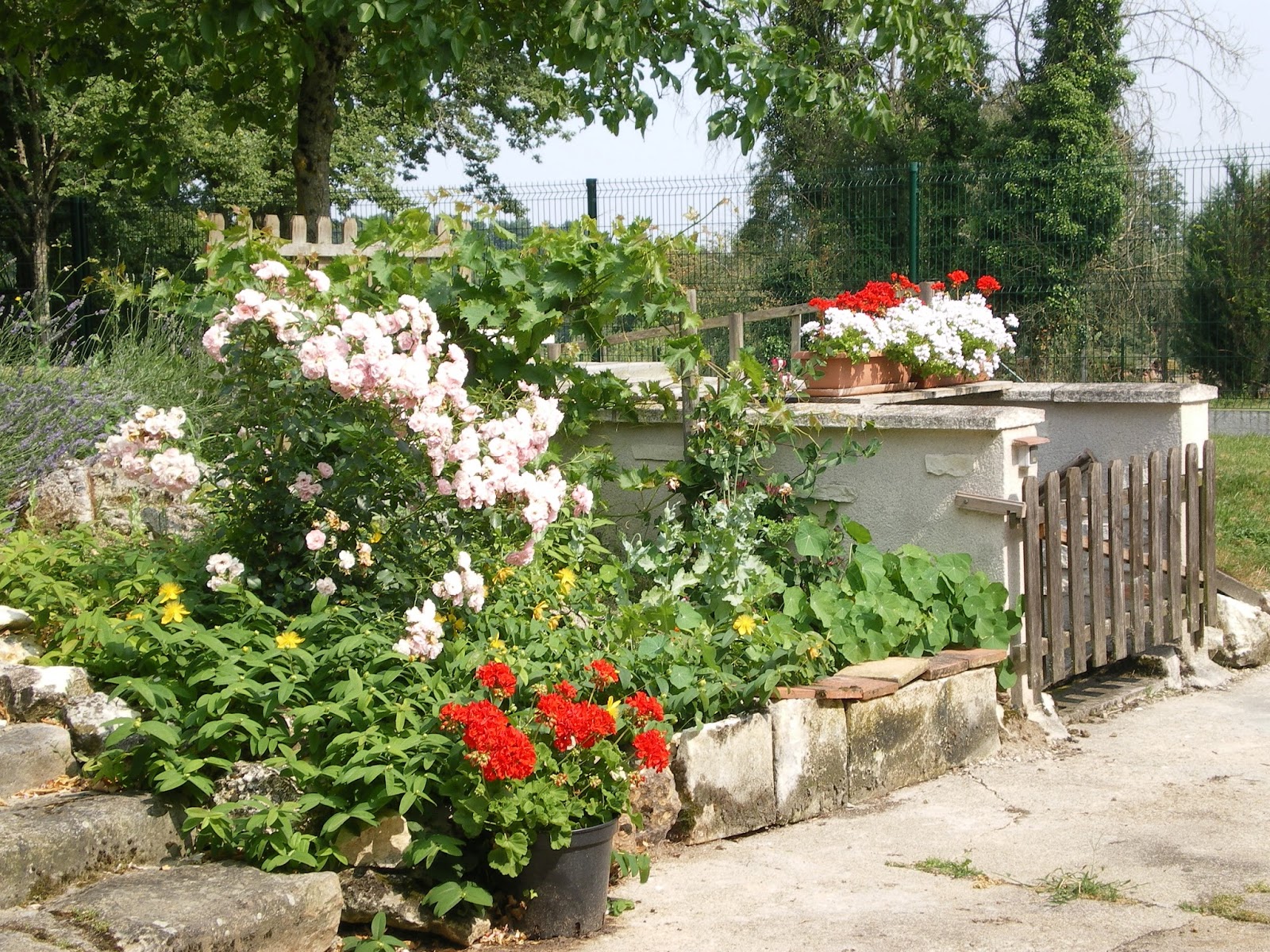 Time now for a glass or two or three of something refreshing and payment of the bill so we proceed into the kitchen only to discover that the death dust has also descended the chimney and has been liberally sprinkled like icing sugar on a sponge cake within a fairly large radius of the fireplace.  So after drinks all round and a quick and rather painful flash of the cheque book I then have to set to (without the aid, I might add, of a bio-hazard suit) and clean up.  Hey, ho - whatever next?  I don't think I really want to know.  I'm away to write some more poems,
Posted by Long Dog Samplers at 23:04