.... I pleaded, and although I wouldn't say that your response to my plea knocked me bandy it certainly did produce some very nice results which I would like to share with you. 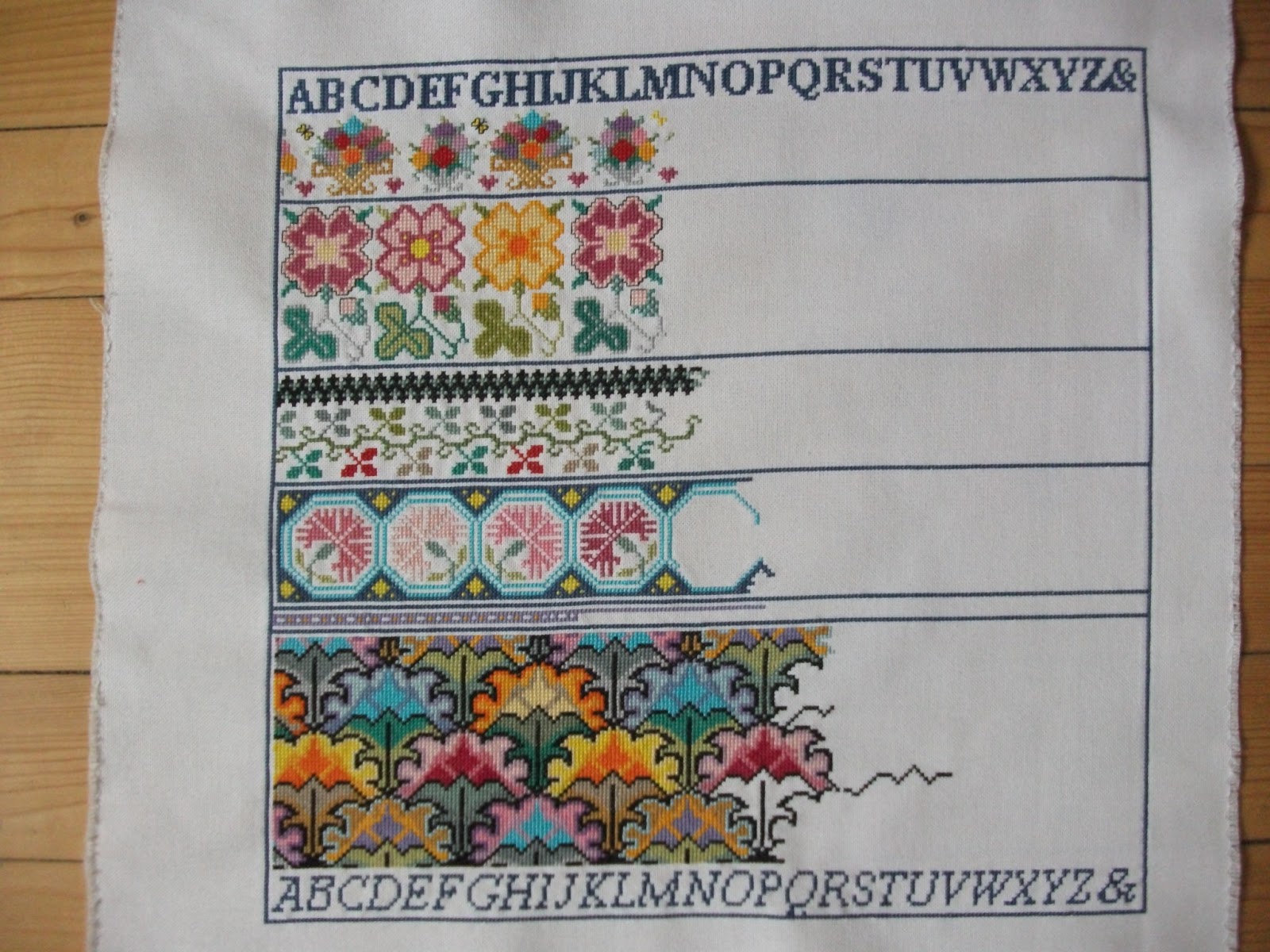 First up thanks must go to Julie for this "expurgated" version of Plight of Fancy.  Shortened certainly but none the worse for that.  Perhaps one day we'll get to see it all finished and hung in pride of place in a shiny, new frame.  Watch this space. Personally I can't understand this obsession some of you have with trying to make the back of their work look every bit as good as the front, unless you intend to have glass back and front in your frame and hang it in a window or something slightly strange like that. 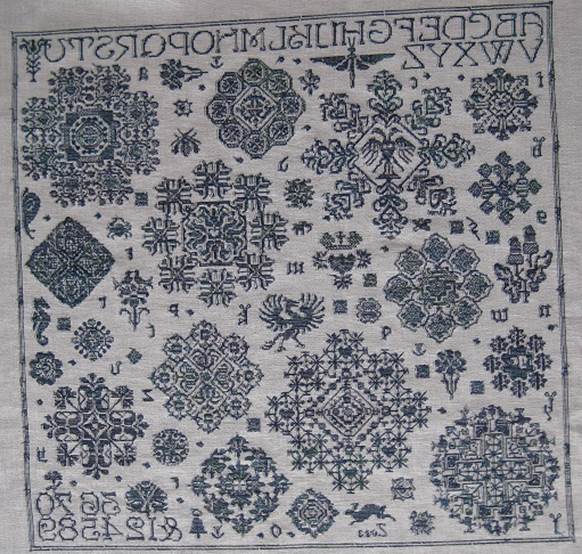 Any road up this is Ginger's version of Paradigm Lost - back and front (can you tell which is which, the give away is the alphabet Alice dear).  This, for those of you who always want to know the in's and out's of everything, was stitched with Caron's Waterlilies Charcoal on 36# Newcastle.  Bravo Ginge, keep that needle flying! 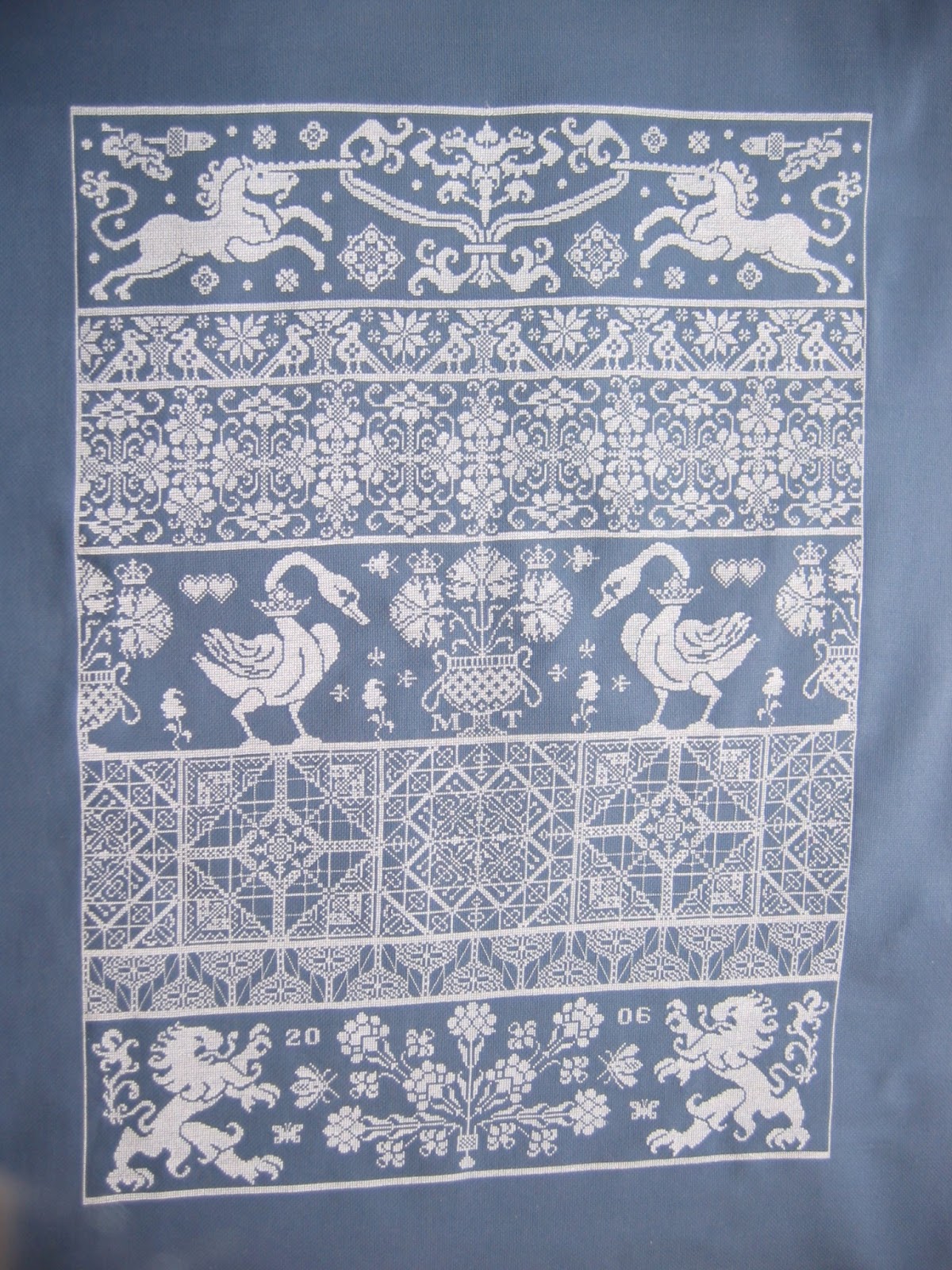 Meanwhile way down in the south of France in the docklands of Marseilles our little Dolores has been stitching away surrounded by burly matelots and with the scent of soap in her nostrils because that's where they make loads of the stuff and very good it is too.  You have only to look at my soft skin to see the truth in this statement - but, I digress ..... 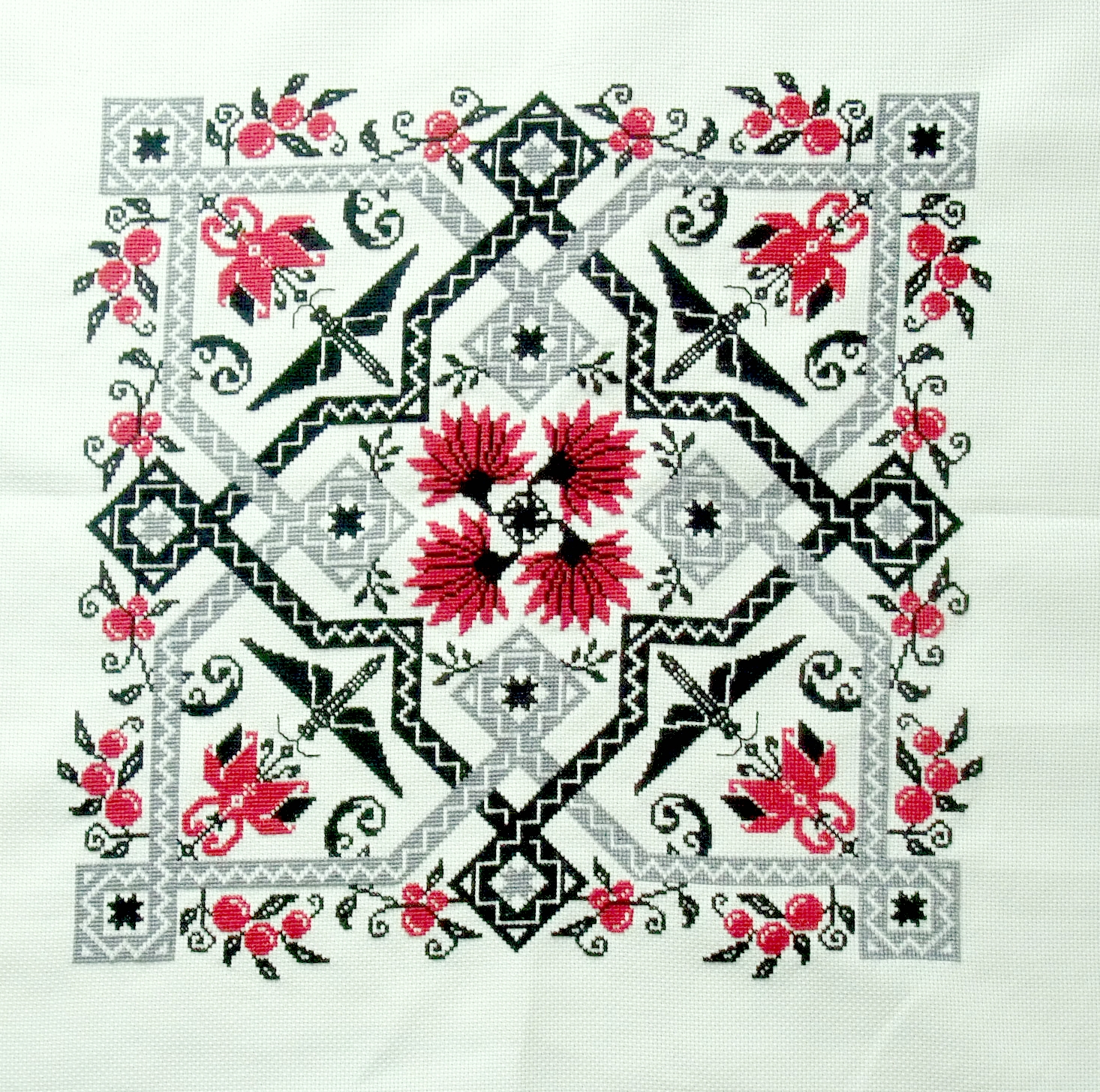 Dolores decided not to go with the netting effect on her Bagatelle (I wonder why? probably thought life was too short to get involved with all that) and stuck rigidly to the chart for Jardin de Plaisir.  We'll be hearing more from her at a later date.  Merci beaucoup D. 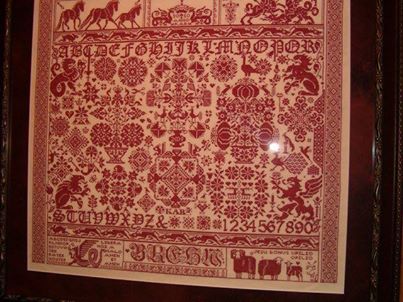 Time for just one more today which I pinched from little Louise's new venture on Facebook so strictly speaking it wasn't so much "submitted" as "filched".  How very naughty of me, but such fun.  It's a splendiferous version of St Reatham by Kim with just a touch of the Bois le Duc's in the borders and a few other bits and pieces which she also threw in for very good measure.  Where she got them I know not and probably best not to go there on this occasion. 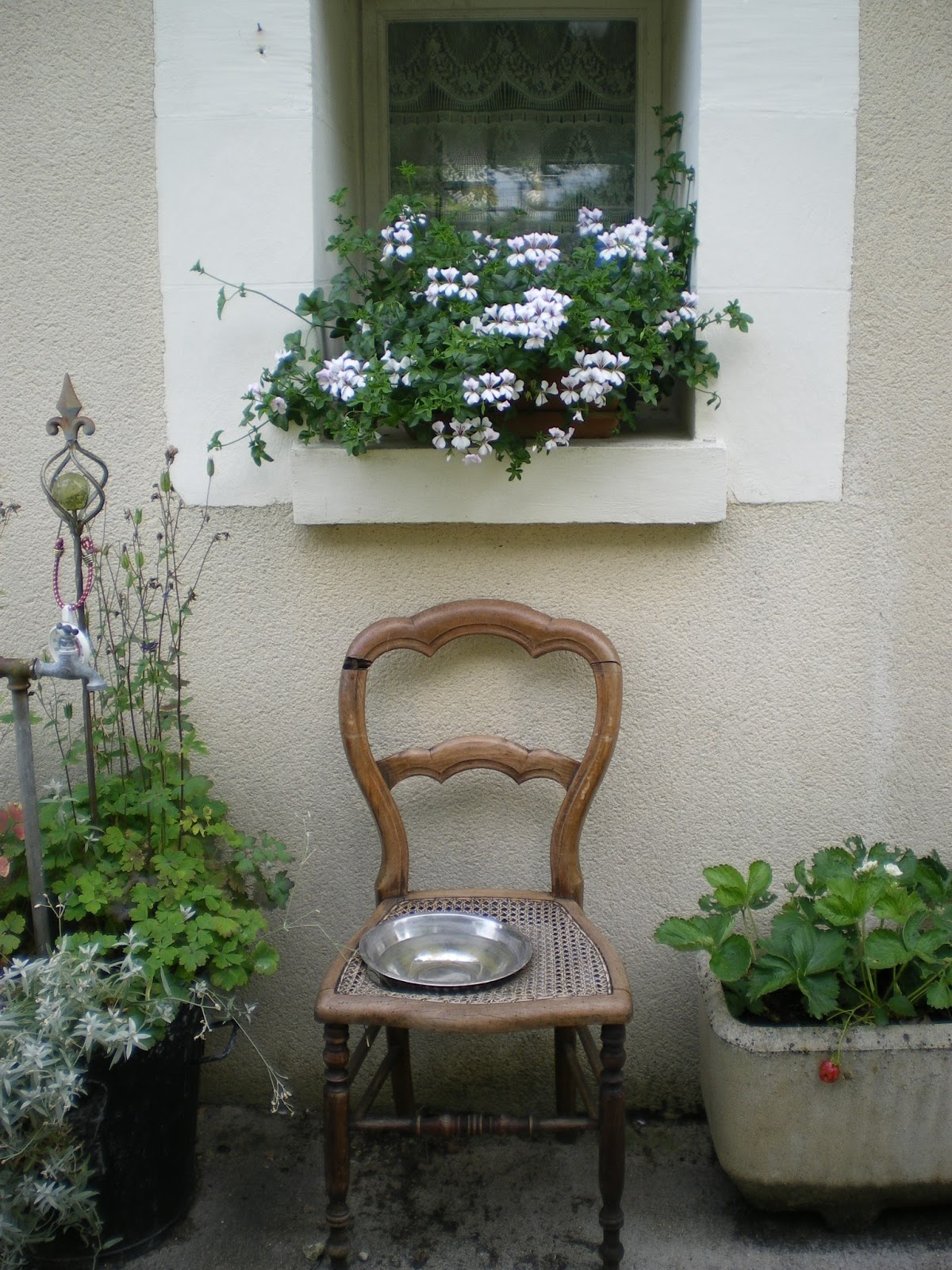 I've been sitting in the garden enjoying the sunshine and stitching away at new delights to fill your winter evenings huddled round the fire but no pictures yet I'm afraid.  In the meantime I shall leave you with a picture of my bathroom windowsill and a cunning use for a clapped out old chair - it makes a great water bowl stand as it's just the right height for my hairy ones.  Quick, run .... I can hear another hornet coming!
Posted by Long Dog Samplers at 00:27