Castles in the Air

Come closer - I want to whisper.
There's a new Long Dog out today and if I say it any
louder tens of thousands of people might get injured
in the ensuing panic buying that is sure to occur. 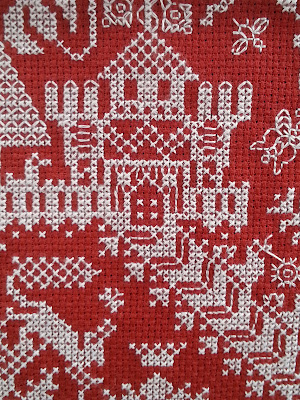 It's called Castles in the Air.
Why?  Because there's loads of castles and they're
all in an elevated position. 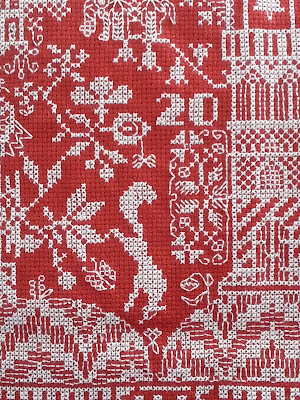 But it's not exclusively about castles.  There's flowers,
grassy knolls, tiny flowers, butterflies and even an
ickle wickle spider too. 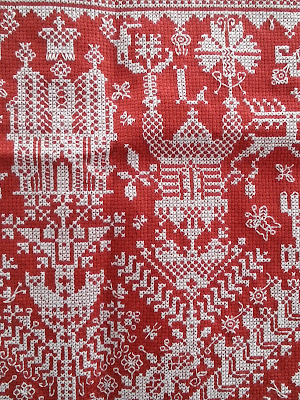 Now we're starting to get the bigger picture even if it is a bit
crumpled because I never bother to iron anything.
The stag was a bit camera shy but I managed to capture
most of him before he leaped out of view. 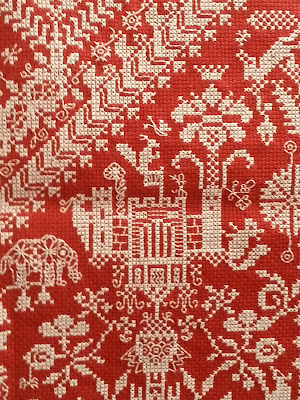 And here's little Bill again.  Some of you may remember
his last adventure when he was bobbing about in a rowing boat
all at sea.  This time he and his brother Alan (who's in a
castle on the other side of this piece) are standing their ground
against hostile crested woodpeckers which are far worse than
aphids, fighting off giant squirrels who are after his nuts and
keeping an eye on a blackwork elephant which has mysteriously
appeared on the scene.  It's all happening. 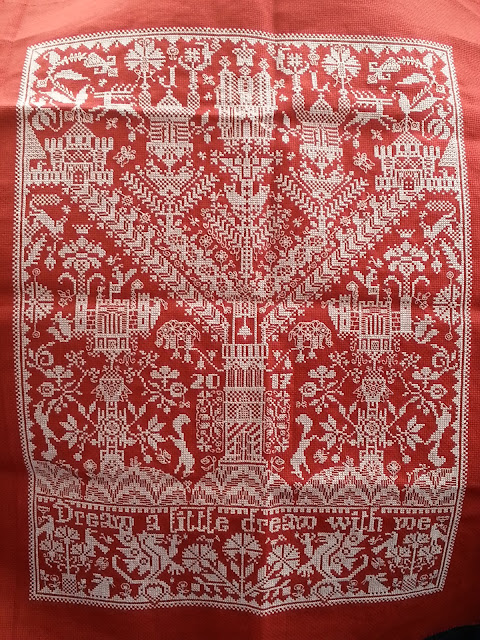 But I've kept you waiting quite long enough and this is what the
glorious Castles in the Air looks like when all stitched up and
ready for a trip to the framers.

This major work of art, which is much praised in woodworking
circles, is 209 x 285 stitches in circumference and is priced at
£16.20 so hurry and get a copy before the pound sterling begins
to rally again. 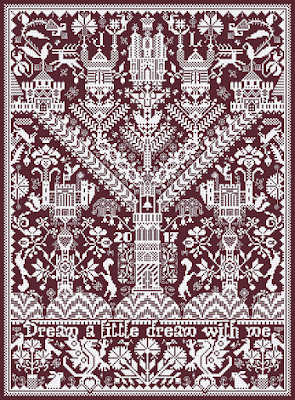 I
I shall be hanging about waiting for you to drop by
just like the aforementioned ickle wickle spider
but with more legs and much scarier.