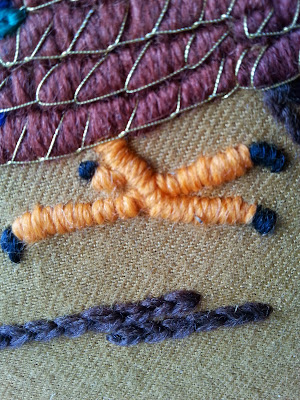 "Some day my girl all your chickens will come home to roost."
She pronounced, her dewlap quivering like a bantam cock's
wattles.  That's not rude, honest.
In my innocence I found myself thinking,
"So what's so bad about that?  I like chickens." 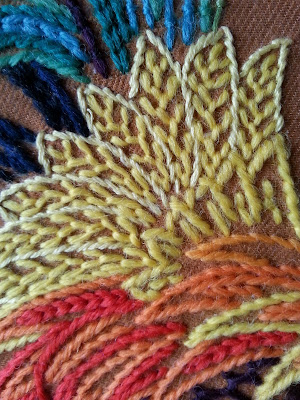 My maternal grandmother was a Victorian through and through
and much given to speaking in wise saws and adages having been
born before the age of normal conversation. 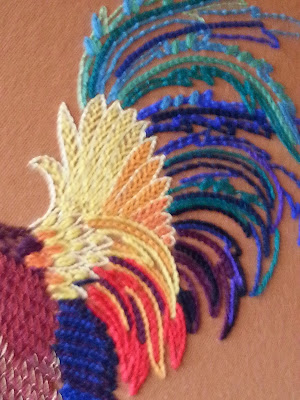 Much of my childhood was spent either "whistle and riding",
being "steady like the brave" or "waiting for the watch kettle that
never, ever boiled" all thanks to her. 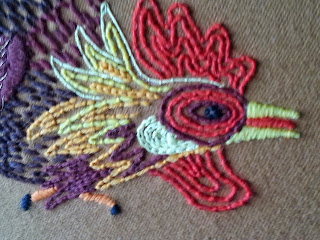 However, it would appear that not everything she said turned out to
be a load of old dangley pieces after all.  Following a recent visit
from my sister, a long forgotten piece of wool embroidery
which I did in the 1960's was unceremoniously returned to me
in a black bin bag having spent much of the interim period at the
back of one wardrobe or another being a bloody nuisance
and taking up precious space. 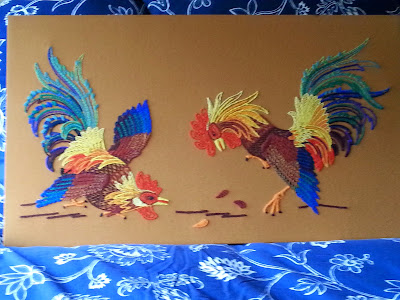 So old Ada was right on this occasion, my chickens did finally
come home to roost and to misquote Coleridge's
The Rime of the Ancient Mariner:

"Instead of the cross, the fighting cocks
About my neck were strung." 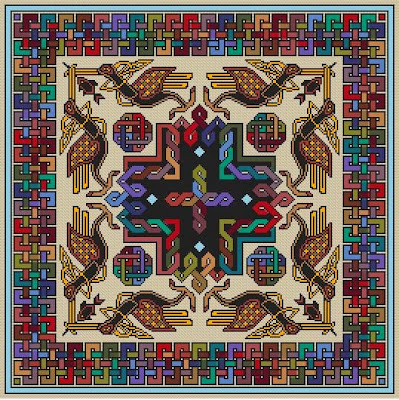 Quickly, stuff them in the wardrobe someone and then click the
link below to order Bhyr Deeze which I feel sure you
will agree is a much better proposition altogether.

Do you need any birdseed by the way?﻿
Posted by Long Dog Samplers at 00:03