WARNING:  Contains material of an adult nature
as well as traces of peanuts and gluten! 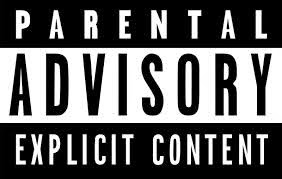 Tread carefully Julia, best behaviour.
How to define lust without getting sidetracked or giving
offence that's the rub if you'll pardon my Shakespeare.
Here goes ....... coming, ready or not.

It's the feeling of wanting someone up against your skin and
lips so badly that it makes you hurt inside.
I've definately been on my own too long, I feel a cold
shower coming on.

Very much a sin of the flesh, an intense desire of the body for
knowledge, sex or power.  Christianity regards it as
inappropriate and undesirable (as did my mother),
while Buddhists describe it rather more charitably as a
suffering and for Hindu's it's a gateway to hell.

As for the Pagans, it's simply a case of each to his own.
"An it harms none do what ye will".
Our old friend Thomas Aquinas (the one who catalogued
six ways to commit gluttony), on the other hand has
rather a lot to say about lust which even I don't want
to touch upon.  However, for the super-curious who
lust after information, what you Google in the privacy
of your own search engine is no affair of mine thank goodness.

The Marquis de Sade, sexual libertine and pornographer,
knew a thing or two about sin and once said
rather heatedly, "Lust is to the other passions what the
nervous fluid is to life; it supports them all, lends
strength to them all.  Ambition, cruelty, avarice, revenge
are all founded on lust.  Now where have you hidden
my handcuffs bitch?"

If the Catholic Church had had it's way he would most surely
have been smothered in fire and brimstone by a blue cow.
For all I know, may be he was.
Do you feel proud of your finished Long Dogs; get
green-eyed when you spot someone with a chart you don't
have; angry when there's not enough time to stitch; lazy
when there's a long and repetitious border to do;
keep adding more and more to your stash; buy far
more thread than you need; lust after the latest design?
Congratulations - you've committed every sin in the book!

Welcome to the Long Dog House of Sin ....
www.longdogsampler.com
﻿
Posted by Long Dog Samplers at 02:07