I think it's high time that we had a Long Dog mini-series!
A "blog-set" as opposed to a "boxed-set".
One little post after another of nonesense and
useless information that will quickly build
into a whole collection of nonesense and
irrelevance.  Who's up for it? 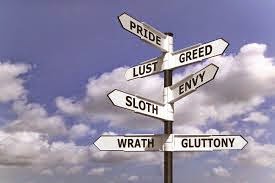 I thought for starters that the Seven Deadly Sins
might have some rich pickings.  It was a classification system
for vices used by the early Christian church - they
thought of everything in those days didn't they.
Certainly most of my thoughts are very classified indeed.

Each sin was believed to be a form of "idolatry-of-self"
with some of the lesser indiscretions classed as venial,
guilt for which was a relatively minor affair, and then
there were my favourites - the deadly or mortal variety
which carried the penalty of eternal damnation. 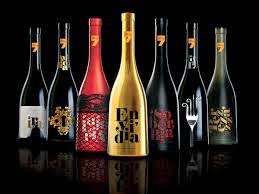 For Latin speakers some sad person with nothing better to do
even invented a mneumonic acronym based on the first letters
in Latin, or course.  Superbia, averitia, luxuria,
invidia, gula, ira, acedia = SALIGIA.
Sounds more like something you might catch from sharing
needles (us stitchers do it all the time).
Put me down for a spot of gula (gluttony) followed by
an acedia (sloth) chaser please.

Would you believe that in Galatians 5:19-21 there was an
even longer list of no no's but somehow the Eighteen Deadly Doings
didn't have quite the same ring to it and never caught on.

In those days they could touch you for - adultery, fornication,
uncleanliness, lasciviousness, idolatry, sorcery, hatred,
variance, emulations, wrath, strife, seditions, heresies,
envyings, murders, drunkenness, revellings, "and such like"
- which would put paid to most of our politicians in one fell swoop.

Diary note to self:  I've never had a go at "and such like"
perhaps next weekend would be a good time to give it a whirl!


And now, please tell me you didn't see this one coming,
the biggest sin of all would be to miss an opportunity to
treat yourself to The Love of Two Hearts.
Click the link below and quote the promotional code:
3554PU+295576F**K!!!99 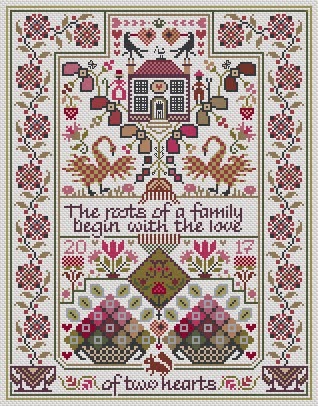