..... his wonders to perform
which is why, on my first surreptitious visit to the Church of
St Edmund King & Martyr in Acle
that I made a rather spectacular entrance through the
North door (yes, I know, the one usually reserved for the Devil!)

I was so busy sticky-beaking everything at once that I failed
to miss one vital, and rather important, piece of information.
The rather tiny and partially obscured sign which
read "Mind the steps". 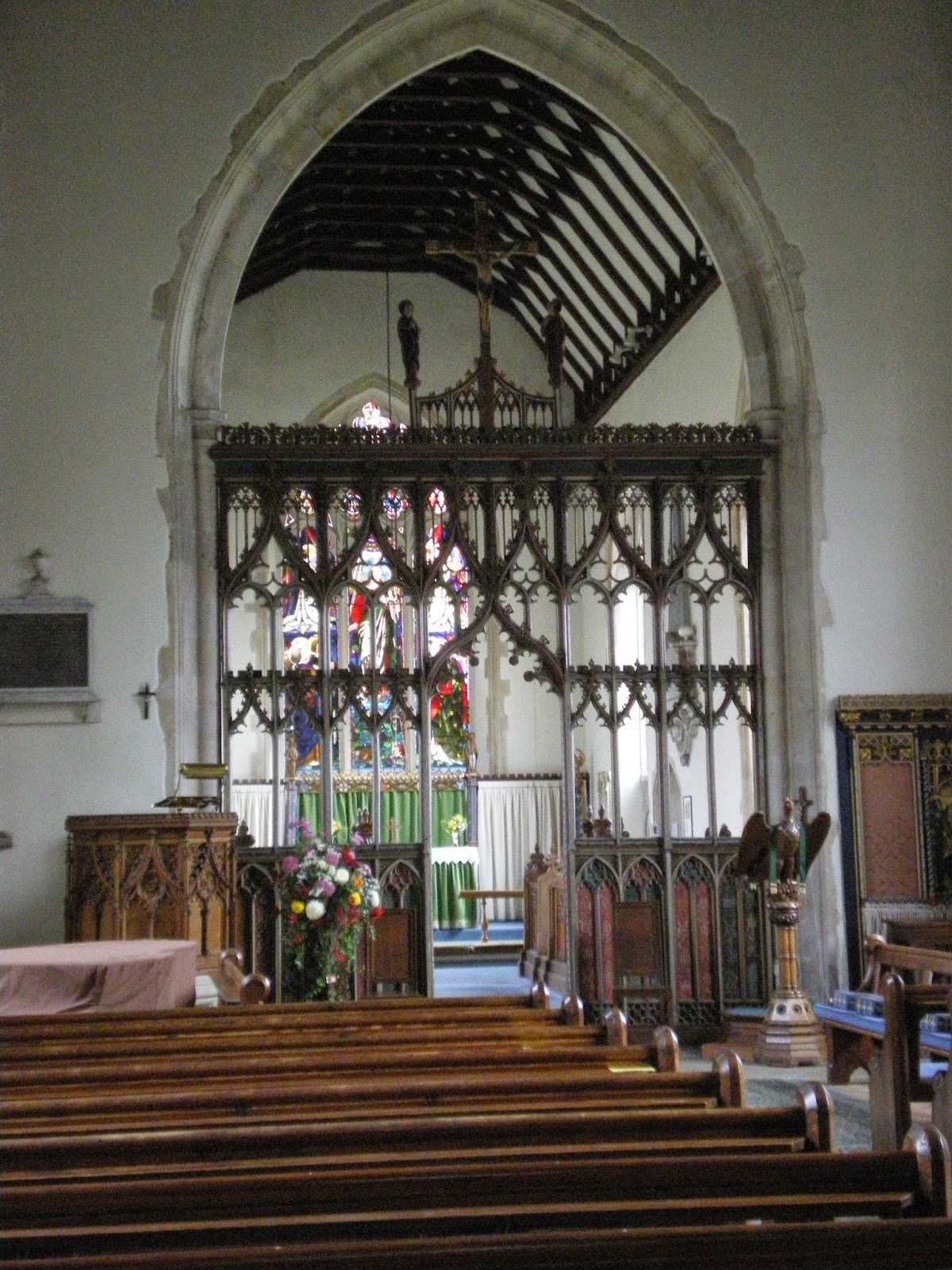 Consequently my first view was captured laying flat
on my back at the foot of said steps whilst
uttering foul oaths and blasphemies for which I
expect to pay heavily on the Day of Judgement.
Good job the Vicar wasn't about.
The font is one of the church treasures and was dedicated
in 1410 AD, so eat your hearts out my colonial readers,
we're talking real history here!
It has eight panels containing the symbols of the four evangelists
alternated with angels all doing angelic things.
No Alice dear, not making Angel Delight, whatever next?
Some of the faces had been smashed during the Reformation
only to suffer further vandalism at the hands of the Victorians
when they attempted to restore them! 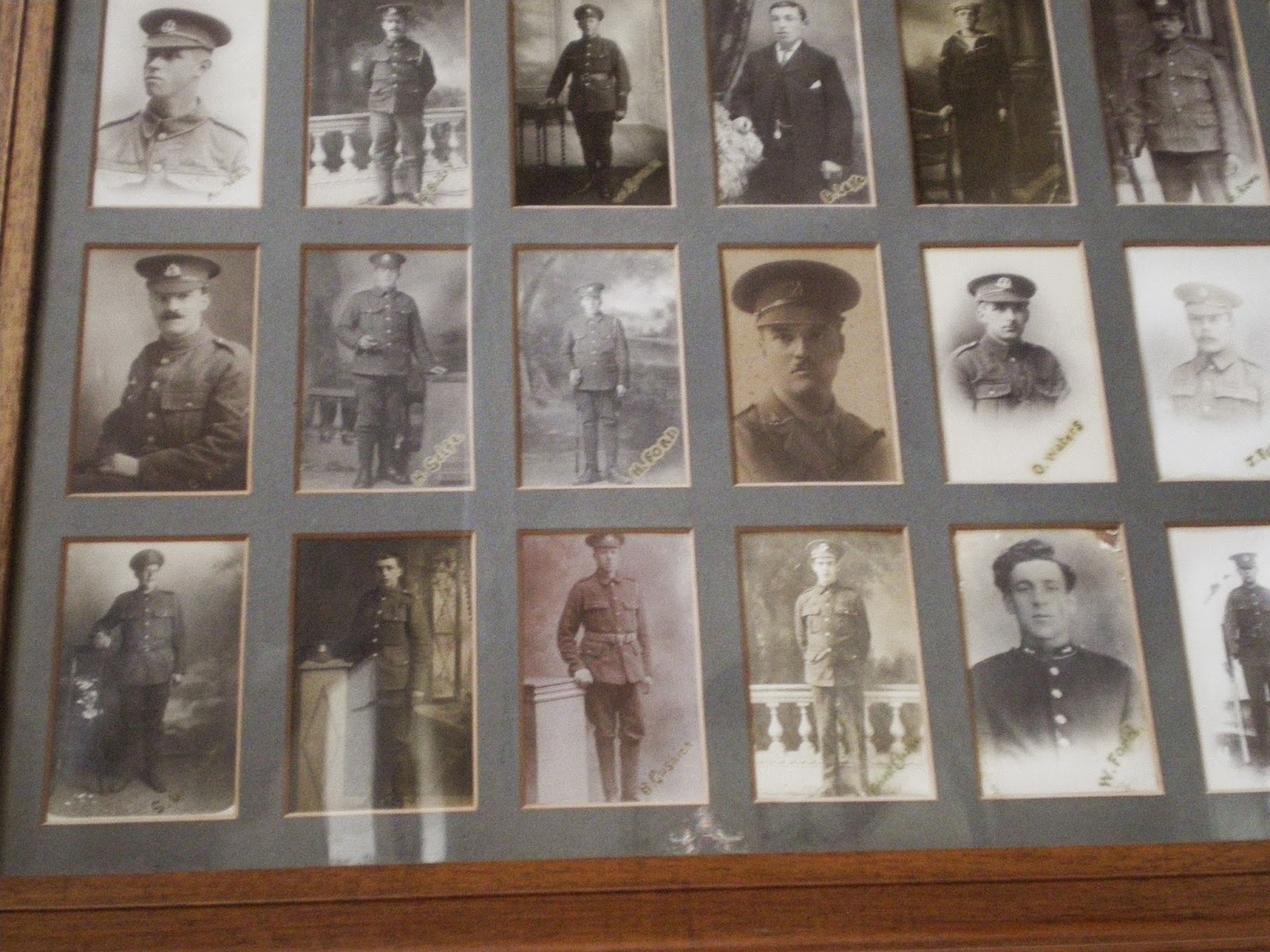 Talking of faces, there is also a rather moving memorial to the men from
Acle who fell during the Great War which is somehow made all the
more poignant by the fact that it bears fading sepia photographs
instead of simply a list of names carved in stone.
There's a great deal of interest in St Ed's which could turn
into a mini-series if I'm not too careful but for the moment
I'm off to find something soothing for all my bruises
which are springing up like mushrooms as I type.
And - yes, Camilla, I've tried turning the other cheek
but it doesn't help.